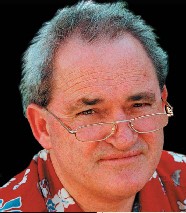 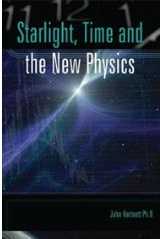 
Hartnett...took Carmeli's work and demonstrated the astounding conclusions that arise from it when the universe is viewed from a Biblical perspective. The idea that God created the universe in six days is now not only intellectually respectable, it's a far better explanation for what we observe than its competitors. --Alex Williams, former consultant for UN's International Atomic Energy Agency

Product Description
Despite increasingly compelling arguments for biblical creation, many still doubt the Bible's clear timescale because, they think, it is impossible for light to have reached Earth in only a few thousands years from stars that are millions of light years away. This misconception is often the ultimate stumbling block to the straightforward acceptance of the Bible even the gospel itself. Positively, the answer to the creationists starlight problem falls out of the same equations that, in the process, do away with many of the props for big bang thinking. Inspired by the pioneering creationist physicist D. Russell Humphreys and building on the work of secular cosmologist Moshe Carmeli, physics professor John Hartnett employs the evidence which demands another revolution in cosmological physics. Supporting technical papers make up a series of technical appendices, so that the main text is easily digestible for the intelligent layperson.

The errors of the big bang exposed scientifically in layman's language. This powerful resource answers the age old cosmology debate and includes with its pages: A brief history of scientific cosmology The big band model, including origins of stars, planets, and life The creation model, including the views of Moses and Jesus Other cosmological models, including future trends The errors in evolutionary times scales, time indicators and ages Appendixes and comprehensive index