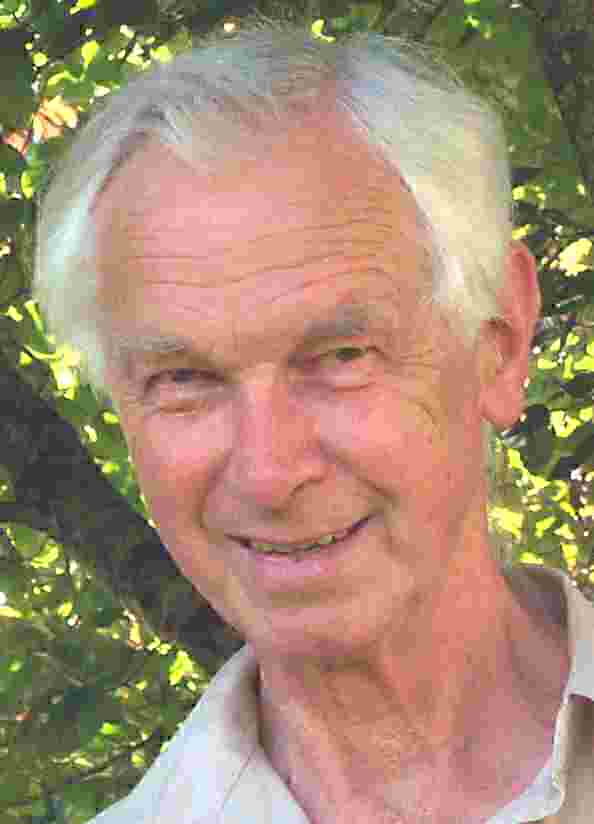 I had a very poor education and seemed to lag behind most of my fellow students, mainly through a number of illness and absences from school. Besides that, I felt that what I was being taught was of little or no value to me, since it was considered by my parents that my destiny was to become a dairy farmer. At secondary school, though, I topped the class in both agriculture and practical science, and the only other subject that I seemed to do well in was elementary geometry. Everything else, including maths and grammar, put me down near the bottom of the class.

However, being an only child with a very strict upbringing, my early teenage years were, to my way of thinking, overly restrictive, being obliged to accept long hours of physical work with little reward. I was still at college when my father had an accident and I was forced to leave school and do the farm-work. Things came to a head in my mind after repeated criticism from my father and I realised that when he finally became able to take on the job again, I was going to leave home. The only qualifications I had from my father were verbal ? I could handle a tractor very well ? I was a good fencer ? and I made a good job with a scythe. (I suppose people have become presidents and prime-ministers on less than that).

I joined the Air Training Corps and soon passed my examination to enter the Royal New Zealand Air Force. My parents didn't seem to have too much problem with that so after the medical and other preliminaries, I was off to Wigram Airforce Base near Christchurch, NZ.  Sadly, after only a few days, and thoroughly enjoying it, I, including half of the intake were dismissed and sent home. In this year, 1946, hundreds of men where coming home from overseas after the war and many of them wanted to stay in the force, so they had priority.

I didn't realise until much later in life that I had an innovative and inventive brain, but without the credentials to impress engineering companies that I could be a useful employee, I didn't bother to pursue that employment. On one occasion, though, a company director, known to my father, said to me that they needed a fluid pump that would give a variable flow. I drew up a conversion kit for one of their positive displacement pumps, with control valve, made the conversion and it worked like a dream. I received great praise but nothing in my purse. It's even in the patent journal. Dad did give me praise for that, but through my mother.

Space had always interested me, and when I was married with a young family and my own little photographic business, doing quite well, my friends and I used to talk on a number of subjects over a few drinks on a Friday night. Astronomy was one of them. I used to argue a lot when discoveries were discussed that I just didn't feel happy with. I always looked beyond the square. We never fell out with each other and when we reached a stalemate, a good piece of music always settled us down.

I had puzzled about the origin of the solar-system for many years, not being able to accept the current theory that the planets formed out of rings of dust left over after the nebula collapsed and the star (sun) was formed. However, as you will read in the book, I saw that there was another scenario that got rid of so many problems extant with the orthodox theory. I was so thrilled about having thought of it that I felt inspired to get it into print. I wrote my first ?Genesis Continuous' in 1973 and a much more detailed one in 1995, with the ISBN 0-473-03816-1

Big Bang did not impress me either. It seemed to complicate and ignore the laws of physics. I felt that conservation had to be respected as a vital universal law and a contained expanding universe had completely missed that necessary element. How did all the rays of light, and subatomic particles shining forth from trillions of stars in every direction manage to bounce back into the universal containment of a bubble?  However, that's only one thing wrong with Big Bang.

I don't condemn without offering rational, logical, sensible workable alternatives. ?Genesis Continuous' is my model of an eternal universe, no strings or bangs attached. (1) An eternal universe offers us infinity. (2) which in turn offers Conservation because there is no where else for anything to be created out of nothing or annihilated.  (3) Creation, because everything is there to create with and (4) Recreation because every bit of energy/matter is recycleable. (5) It is only the theory of Big Bang that destroys that simplicity.