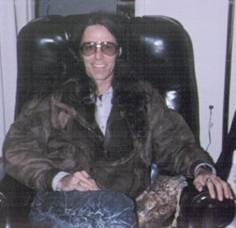 The model of gravitation developed by LaPlace in the 1850s, has gravitation being caused by a constant influx of subquantum particles ("infinitesimals"), each of which has an intrinsic velocity millions of times faster than the speed of light. Stellar and interstellar plasma processes involving subatomic particle dissociations, as the result of high dv/dt charge seperation events in stellar and interstellar plasmas are the origin of this constant in-streaming of subquantum particles which can easily attain superluminal velocities by such plasma dissociation events. Then, when these anisotropic superluminal subquantum entities encounter pre-existing matter, they are refracted and slowed down by interactions with the pre-existing matter. The reaction which occurs is experienced by matter as the pressing-down force we call gravitation. "Curved space" exists only in the imagination of the proponents of relativity theory. - http://www.antidogma.ru/appeal_en.html