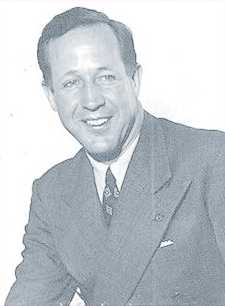 Brown was born in Zanesville, Ohio; his parents were Lewis K. and Mary Townsend Brown. In 1921, Brown discovered what was later called the Biefeld-Brown effect while experimenting with a Coolidge X-ray tube. This is a vacuum tube with two asymmetrical electrodes. Brown noticed that there was a force exerted by the tube when it was connected to a high-voltage source. This force was not caused by the X-rays, but by this new effect. Later, in 1923, he collaborated with Paul Alfred Biefeld at Denison University, Granville, Ohio. He started a military career afterwards and was involved in a number of science programs.

In 1930 he joined the U.S. Navy and conducted fundamental research in electromagnetism, radiation, field physics, spectroscopy, gravity and other topics. He later worked for Glenn L. Martin and, still later, for the National Defense Research Committee (NDRC) and the Office of Scientific Research and Development, headed at that time by Dr. Vannevar Bush. After 1944 he worked as a consultant to the Lockheed-Vega Aircraft Corporation.

In 1955, Brown went to England, and then France where he worked for La Soci?t? Nationale de Construction A?ronautique du Sud Ouest (SNCASO). In 1956, the aviation trade publication Interavia reported that Brown had made substantial progress in anti-gravity or electro-gravitic propulsion research. Top U.S. aerospace companies had also become involved in such research (see United States gravity control propulsion research (1955 - 1974)) which may have become a classified subject by 1957. Others contend Brown's research simply reached a dead end and lost support. Though the effect he discovered has been proven to exist by many others, Brown's work was controversial because others and even he himself believed that this effect could explain the existence and operation of unidentified flying objects (UFOs).

Brown was an early investigator of UFOs and in 1956 helped found the National Investigations Committee on Aerial Phenomena (NICAP). Though Townsend resigned not long after NICAP was founded, NICAP was an influential force in civilian UFO research through 1970. The organization's activities drew the attention of the Central Intelligence Agency (CIA), several high-level officers of which joined the group. Brown's research has since become something of a popular pursuit around the world, with amateur experimenters replicating his early experiments in the form of "lifters" powered by high-voltage. - Wikipedia