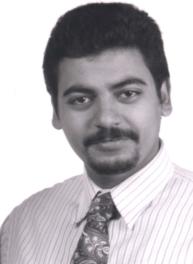 Yehea I. Ismail attended the school of engineering, Department of Electronics and Communications at Cairo University from 1988 to 1993 where he received his B.Sc. degree in Electronics and Communications Engineering with distinction and honors. During his study, he was a recipient of the outstanding student academic award for four consecutive years (1990-1993) from Cairo University . As a top student of his class, he was appointed as a teacher assistant at the Department of Electrical and Computer Engineering, CairoUniversity in August 1993. He received his first Masters degree in Electronics from Cairo University (distinction), Egypt on June 1996. He came to the University of Rochester on September 1996 where he received a second Masters in Electrical Engineering in 1998 and a Ph.D. in April 2000.

He was with IBM Cairo Scientific Center (CSC) from 1993 to 1996 and worked with IBM Microelectronics at East Fishkill, NY from 1997 to 1999. He has co-authored more than 90 technical papers and a book. His primary research interests include interconnect, noise, innovative circuit simulation, and related circuit level issues in high performance VLSI circuits.