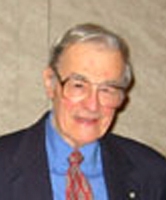 Born in 1928, Dr. Robert Bussard was best known as the namesake for the legendary "Bussard Ramjet" - a modified fusion-drive starship proposed & christened in the 1960?s by Carl Sagan and further popularized by authors such as Jerry Pournelle and Larry Niven. Seeking glory through achievement rather than fiction, Bussard?s career the greater part of the 20th century and included a prestigious tenure as the Assistant Director of the Atomic Energy Commission and designer of the Nerva motor - a government-sponsored project to develop a nuclear powered rocket for heavy-lift applications in the late 1960?s.