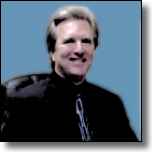 Paul Maurice Brown is the inventor of the patented and patent pending photonuclear transmutation technology for the efficient elimination of radioactive waste and the safe and environmentally benign generation of electric power. The company he founded, Nuclear Solutions, has confirmed their intention to carry on Dr. Brown's lifetime of service and discovery. Their main product, clean electricity generation plants utilizing photoremediation of nuclear waste, is well-documented on their website. It is a publicly trading company whose stock will inevitably soar, just as Paul did with all of his achievements.

Nuclear Solutions, Inc. (OTCBB:NSOL) announces with regret the death of Dr. Paul M. Brown. Dr. Brown was killed on April 7, 2002 in an automobile accident in Boise, Idaho. He developed the idea for the company's patented photoremediation technology for the remediation of nuclear waste that will now be his legacy. He is survived by his wife and two children. ?Our team is saddened by this tragic loss, however, we remain fully committed to realizing the vision that Dr. Brown inspired us with. His vision holds the promise of safe and economical treatment of nuclear waste and the potential for a new generation of power reactors,? said John Dempsey, Executive Vice President and Chief Operating Officer. ?We have assembled a management and scientific team that is competent and fully capable of implementing the technology that Dr. Brown invented as well as our newer acquisitions such as our GHR tritium removal technology,? he concluded.  John Dempsey and Patrick Herda, co-founder and Vice President of Business Development will direct the company's activities until a new CEO is appointed by the company's board of directors. Their efforts will be supported by Dr. Qi Ao, Vice President of Research and Development and Adrian Joseph, PhD., Vice President of Special Projects.

The application of photonuclear physics to nuclear waste is called Photodeactivation. Photodeactivation involves the irradiation of specific radioactive isotopes to force the emission of a neutron, thereby producing an isotope of reduced atomic mass. These resultant isotopes can be characteristically either not radioactive or radioactive with a short half-life. The fundamental mechanism works on the laboratory scale, and preliminary research suggests that this technology will also work on the industrial scale. NSOL is taking the steps necessary for commercialization of the technology. As for most of the advanced nuclear technologies developed today, computer simulation is one of the most important and necessary steps. NSOL will use and improve a series of nuclear simulation codes. - Infinite Energy #43