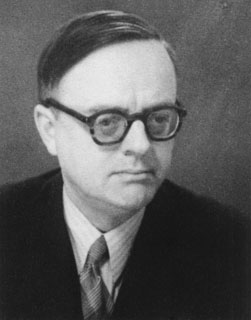 One of the primary founders of Quantum Mechanics (others were Max Born and Werner Heisenberg), and also Quantum Electrodynamics. Jordan's main contribution was no less than quantum field theory, but he never attained the fame of the other scientists, who considered him somewhat of a mathematician. The seminal 1925 paper with Max Born, Zur Quantenmechanik, was authored largely by Jordan. He believed that fundamental constants of the universe were variable, an idea which persists to this day. A history of physics Jordan wrote during the Nazi period gave credit to prominent Jews in the field, when the rest of the German establishment was attempting to discredit their work. Even so, he was prominent nationalist and after 1933 a member of the Nazi Party and the Brown Shirts. In 1953 Wolfgang Pauli proclaimed him "rehabilitated" and he served the remainder of his career as full professor at the University of Hamburg.