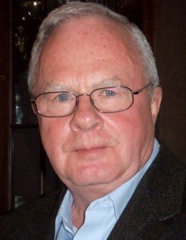 Henrik V. J. Broberg, currently domiciled in France, is a Swedish citizen, born in Stockholm 18-02-1940. At the Stockholm University, he has a Swedish Fil. Lic. degree with Honours (Ph.D. in the official University transcript of records ) in Physics with specialization on Electronics, preceded by a Master of Science degree. Since April 2000, Dr Broberg has been a consultant in the areas of satellite communication systems. Among the clients can be mentioned Telenor, SAAB and British Aerospace. The following is a brief summary of his earlier positions and tasks, ranked in order of seniority.

Technical Director and acting Director General during the initial phase of the company. Procured the first satellite system and the earth station at Chateau de Betzdorf in Luxembourg. Introduced the "hot bird" concept for satellite television to the European region with the Astra satellites and their cluster at 19? East, therewith almost erasing the competition. Today, SES has developed to become the most important satellite operator in the world, only challenged by Intelsat after their procurement of PanAmSat.

Coordinated the medium term (5 years) plans for the ESA Science and Infrastructure Programs in cooperation with the planning teams of the ESA centers ESTEC in Holland, ESOC in Germany and ESRIN in Italy, as well as the investment plans for the European space simulation test facilities in France, Italy, Germany and Holland, all in liaison with the ESA Finance Division in the Paris Headquarter.

Proposed and initiated the procurement for Telenor of the first Norwegian satellite; Thor 1. Introduced "Cable in the Sky" as a business and marketing concept for the Nordic region. Acquired commercially most of the television channels to become transmitted by the first satellite ? with CNN as the first channel to get on-board. As a result Telenor is to-day serving several millions of direct-to-home pay-television customers in the North of Europe.

Marketing Area Director for the Nordic Countries and the Far East, also pursuing marketing activities in Southern Africa and the neighbor Indian Ocean Islands. The latter resulted in a still operating 30 TV-channels beam from Paris to Mauritius, Reunion Island and the South-East African coast.

Head of Orbit's network development in the establishment of a new satellite broadcast network, initially managed from Rome, later moved to Riyadh, still transmitting about 30 TV-channels to the Arab states. The Principal of the Orbit satellite television company is the Mawared Group in Saudi Arabia.