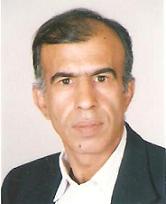 I was born in Tehran in 1949. I became familiar with Newton's laws in 1961. Since 1962 I doubted Newton's laws. I did not accept infinite speed and found invalid the laws of gravity and time. I learned Einstein's Relativity, thus I found some answers for my questions. But, I had another doubt of infinitive mass-energy. And I wanted to know why light has a stable speed? Well, I wanted to know the basis of time. Then I asked, is there any event on which time has no effect?

My courage produced a result in 1987, and I introduced The Theory of CPH. After working 25 years, I wrote all of my experiences in some texts and formula. I published the book, Development of Scientific Theories, in 1991 in Persian, propounding CPH Theory in it. According CPH Theory we are able to combine classical mechanics, quantum mechanics, relativity and Higg's particles.