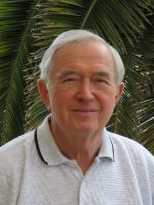 This book is centered on the most pressing unsolved problem in elementary particle physics: the mass generation of particles. It contains physics that is not included in the Standard Model as it is now formulated, while at the same time being in conformity with the major results of the Standard Model, i.e. isotopic spins and interactions. It differs from the Standard Model in the treatment of masses and pseudoscalar mesons, and in the role assigned to the coupling constant . Presented in a careful and phenomenological way, the material can easily be followed by all physicists, both experimental and theoretical, and also by interested workers in other fields. The author's website 70mev.org gives additional information about the applications of the constant (alpha) in particle physics.

Websites: 70mev.org
This monograph offers a new look at the electron, which was the first elementary particle to be discovered, probably one of the simplest, and possibly one of the most misunderstood. A straightforward classical model is developed that accurately reproduces the main spectroscopic features of the electron, and also its principal quantum aspects. The key to this model is the relativistically spinning sphere, which has been clamoring for recognition for the better part of a century. Although its electrical charge is point-like, the electron itself is Compton-sized, and is composed mainly of non-electromagnetic `mechanical' matter. Due to the rigid nature of the mechanical mass, the electron scatters in a point-like manner at most energies. However, there is a narrow kilovolt energy window where Mott scattering experiments may reveal a finite size. Existing experiments are suggestive but inconclusive. The electron stands at the boundary between classical and quantum physics. This book has been written for researchers in nuclear and atomic physics, and for all scientists interested in the latest developments in fundamental particle physics.