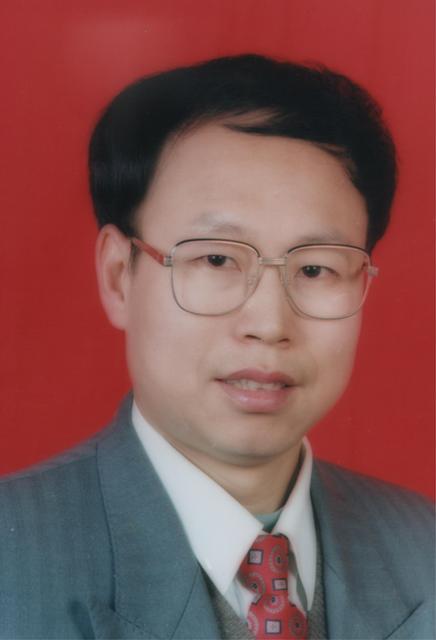 Gospel is the most precious belief in the world. For the insistence upon gospel, groups of determined scientists have strived on the road of scientific research and have been enlightening the public with their insistence and wisdom. Professor Zifeng Li from Yanshan Univeristy, is such a scholar who has insisted upon pursuing and enjoyed making contributions.

Zifeng Li was born in July 1962 in Qian??an City, Hebei Province. He is a member of Communist Party of China and China Democratic League. Li graduated from Northeast Petroleum University in 1983, majoring in drilling engineering. He got master degree in petroleum machinery engineering at the same university in 1986. He got doctoral degree in oil and gas filed development engineering at China University of Petroleum (Beijing) in 1992. From 1992 to 1994, he was post-doctor in mechanics at Harbin Institute of Technology. From 1994 to 1997, he took the position of associate researcher at Northeast Petroleum University. From 1997 to 1998, he took the positions of researcher at Northeast Petroleum University and member of the standing committee of Daqing Municipal CPPCC. In 1999, he served as Distinguished Professor and doctoral supervisor for ??211?? Construction at China University of Geosciences. In 2006, he was a visiting scholar at Louisiana University at Lafayette in America. Now he is the professor and doctoral supervisor at Institute of Petroleum Engineering at Yanshan University, and he also takes positions of member of Hebei Province Degree Committee, SPE Drilling & Completion technical editor, editorial member of China Petroleum Machinery, editorial member of Petroleum Drilling Techniques, editorial member of Oil Drilling and Production Technology, director of Petroleum Society of Hebei Province, director of Vibration Engineering Society of Hebei Province, project evaluator of the National Science Foundation Committee, ?? 973?? Project evaluator, reviewing specialist for Acta Petrolei Sinica, Acta Mechnica Sinica, and so on. Professor Zifeng Li has been working hard in research and teaching of Petroleum Engineering for more than twenty years, by focusing on theories and applications of mechanical study of rod and pipe strings in oil and gas wells. His motto is to promote man's development, to increase our country's economic power, to educate advanced technicians, and to service for the construction of petroleum industry.

These innovative theories and research results are basically ??Petroleum and Horizontal Well Drilling Packaged Technology?? of the National ??Eighth Five Year Plan?? Key Scientific Project. They are also the research contents in national ??Ninth Five Year Plan?? Key Scientific Project ??Sidetracking Horizontal Well Exploitation Packaged Technology?? and ??Undersea Extended Reach Well Path Control Technology?? in ?? 863?? Project. They have not only made great progresses in theories but also brought huge economic interest, thus receiving good remarks from domestic and foreign petroleum fields and mechanics fields. Professor Zifeng Li has also worked out these models and compiled them into the packaged industry application software, which is extensively used in petroleum exploitation works. For his outstanding contributions, Professor Zifeng Li has received Awards for Sun Yueqi Science Education in Postdoctoral Studies from China Science Development Foundation in 1997; he has also received the 4th scientific award for youths in Heilongjiang Province. Rod and Pipe String Mechanics in Oil and Gas Wells has been awarded first prize for excellent monograph in Heilongjiang Province, in the year 1999. Tubular Mechanics in Oil-Gas Wells and its Applications has been sponsored for publication from Petroleum Industry Press in the year 2008. Fundamental Equations for Dynamic Analysis of Rod and Pipe in Oil-Gas wells and Its Application has been awarded third prize of Hebei Province National Science Awards. He was also titled ??Outstanding Technical Editor?? by American Society of Petroleum Engineers (SPE).

For more than twenty years, Professor Zifeng Li has completed a lot of academic papers and monographs in his scientific works, for his love insistence and pursue in the field of petroleum and gas. He has published more than 100 papers on SPE Drilling & Completion, Journal of Canadian Petroleum Technology, Journal of Energy Resources Technology, Journal of Petroleum Science and Engineering, PHYSICS ESSAYS, Acta Mechnica Sinica, Engineering Mechanics, Acta Petrolei Sinica and Acta Mechnica Solida Sinica. Among them, more than 30 papers have been taken into Sci and Ei searches. His representative include, Tubalur Mechanics in Oil-Gas Wells and Its applications, Rod and Pipe String Mechanics in Oil and Gas Wells, Theory of Well Trajectory Control, Slimhole Drilling and Production Technology. His research results have been covered in different channels and media reports like Science and Technology Daily, CPPCC Daily, Science Times, People's Digest, Xinhua Monthly, Scientific Chinese, Chinese Engineering Sciences and China Awards for Science and Technology.

Professor Zifeng Li is researching continuously, like a climber who has passed the mountains one by one without rest. Just like he said, "I will try myself best to make responsible contributions to the development of petroleum engineering of our country."

Professor Zifeng Li has also studied in the field of philosophy and physics. He believes that, physics comes from philosophy, and philosophy is the base of physics, and physics is the development and quantization in natural science. He has also suggested guiding physic researches on the base of materialism point of view. He is a scholar who firmly believes in gospel and materialism. In physics researches, he is strong opposed to mentalism and creationism. So far, Professor Zifeng Li has published more than ten papers such as Special Relativity Arising from a Misunderstanding of Experimental Results on the Constant Speed of Light, Special Relativity: Its Nature and influences on Science, Philosophy and Society and Materialism Space and Time View.