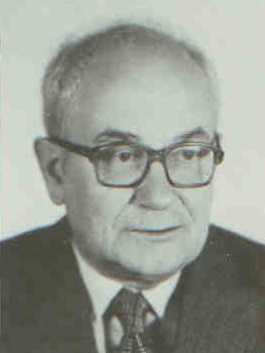 Konrad Rudnicki is a professor at Jagiellonian University, Cracow, Poland. He is a member of the Free European Academy of Science (Holland), member of the Commission of Galaxies of the International Astronomical Union and member of the Mathematical-Astronomical Section at the Goetheanum, (Switzerland). Prof. Rudnicki has been Senior Research Fellow at the California Institute of Technology (1965-67), visiting professor at Rice University, USA (1988-89). His areas of interest are: extragalactic astronomy, cosmology, philosophy of science and methodology of science. He is the author of 12 scientific books, 103 original astronomical papers and some 240 popular essays in astronomy. He discovered (together with B. Wszolek, P. de Bernardis and S. Masi ) the infrared light from intergalactic dust clouds, 11 supernovae and 1 comet.

Rudnicki was born in 1926 in Warsaw, Poland. From 1943 to 1945 he served in a partisan corps of the People's Guard and later the People's Army. After graduating from a clandestine high school in Piotrkow Trybunalski, he studied astronomy at Warsaw University from 1945 to 1949. He began working at the University Observatory in Warsaw in 1950. In 1952 he received his Doctor of Science, becoming an Assistant Professor in 1961. In 1962 he spent a year as a Research Fellow at California Institute of Technology, returning to Caltech in 1965-67 as a Senior Research Fellow. In 1969 he became Associate Professor, and in 1975 Professor at the Jagiellonian University in Cracow , Poland. He was Visiting Professor at the Mathematisch-Physikalisches Institut in Dornach, Switzerland in 1978-79, and in 1988-89 at Rice University in Houston, Texas, USA. He has been a Member of the International Astronomical Union since 1958. In 1991 he was elected a member of the Free European Academy of Science. He is an active member of the Anthroposophical and Mariavite movements.