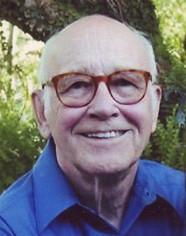 Born in Port Neches, TX, September 3, 1924 to Carl and Nellie Schreiber, Charles Bert Schreiber moved to Beaumont, TX, on his second birthday, and graduated in 1941 from Beaumont High School. In 1942, during his first year at Lamar Junior College, he volunteered for service, and was among the first group inducted into the Navy V-1 program. He was sent to Southwestern Louisiana Institute in Lafayette as an enlisted man, and then to Columbia University Midshipman?s School, graduating as an Ensign in the USNR in June 1944. He served in WWII on the LST 241 in the Pacific theater, earning numerous medals including a Purple Heart for wounds received during the battle of Okinawa. After the war, Bert returned to LSI, graduating with a BS degree in physics in 1949. He attended the University of Texas as a postgraduate for one semester before volunteering to serve again during the Korean War aboard the LSM 359 for one year and at the Comnavmarinas area Headquarters at Guam for two years, on staff as the Atomic, Biological, Chemical Warfare Defense Officer. He maintained his Naval Reserve status and retired as a Lieutenant-USN. In 2005 he was honored in Guam for his contributions towards the effort to include Guam and its citizens under the U.S. Radiation Exposure Compensation Law. Upon discharge from active service, he returned to Beaumont and worked in his family?s business, Santa Fe Salvage Co. After moving to Houston he founded and served as the President and CEO for Santa Fe Supply, jointly owned with his brothers, and later owned and operated Sun Belt Art Supply. He was a Second Class Scout and for ten years was the Scoutmaster for Troop 900 in Spring, TX. After his retirement, he pursued his scientific interests, publishing numerous papers and letters in various scientific journals.

During his illness he commented that if it were his time to go, he was at peace. He had been blessed with a happy marriage, loving children and grandchildren, and had lived a full life without regret. A confirmed bachelor at age thirty, Bert was swept off his feet by Billie Ann Grant of Chattanooga, and they became engaged on their third date. After 52 years of marriage he was still smitten. Bert cherished his family life and loved his role as grandfather. He is survived by his wife Billie Ann, son Paul Schreiber and wife Tammy, daughter Janie and husband Stuart Mitcham, daughter Jo and husband Rob Gill, grandchildren Carly and Scott Schreiber, Sara and Abby Mitcham, Jessica and Logan Gill, and Taylor Dunlap, his extended family Steve and Halley Erickson and their children, his brother Carl Jr., sister-in-law Mary Katherine Schreiber and nieces and nephew. He was preceded in death by his parents and his brother Myron.