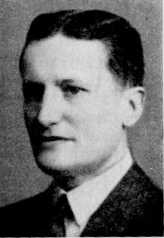 View count: 1
Buy it now
Relativity, Time and Reality: A Critical Investigation of the Einstein Theory of Relativity from a Logical Point of View
by Harald Nordenson


According to Einstein, the Theory of Relativity is ultimately based on the negation of the classical consept of time.  Thus, two clocks far apart would not register the same time for a given event. Einstein in his Theory introduces a... new time concept which he maintains should be based on experiments.  It is the introduction of this new time concept on which Dr Nordenson takes Einstein to task.  An analysis of Einstein?s prescribed experiments shows that they cannot be performed to produce the desired results if classical time concepts are superseded.  The experiments themselves are found to have been conceived with the classical time concept as their bases - unconsciously perhaps? - with the result that, in Dr Nordenson?s view, Einstein used the word "time" indiscriminately, a logically untenable position.

Lorentz never presented the transformation equations named after him. His equations are different, and lacking all motivation they must be considered as wholly arbitrary. Poincar? presented equations closer to the final ones but also arbitrarily chosen, as they lack motivation. Einstein was the first to give the transformation equations of the Special Theory of Relativity in their finally accepted form and to attempt a motivation.  His attempt was based on the negation of the classical time concept and the creation of a new time concept through certain experiments. The impossibility of performing the experiment after a negation of classical time reduces his formulae to mere mathemtical constructions and bereaves his new symbols of all known physical meaning.  Einstein proclaims the dislocation of simultaneity for distant point in relation to different inertial systems, and deduces formulae to prove this.  But if they are combined with other of Eintsteins new formulae they lead to the opposite result.  Einstein thus proclaimed an extremely sensational physical novelity, whereas his formulae prove the contrary. 
This book, written in Swedish the same year Einstein received the Nobel Prize for the Photoelectric Effect, contains much of the material in Nordenson's expanded English book, Relativity, Time and Reality, published forty-seven years later.  It presents a very detailed analysis of how Einstein used (or abused) the concept of time.  Einstein's use of different concepts of time without real definitions and relations to reality means, according to Nordenson, that his theories are inconsistent and not real theories.  A copy is available from Stockholm University Library.