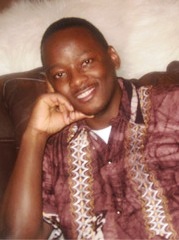 Abraham Kiggundu was born in 1975 in Kampala, Uganda. At the age of 6 he moved to join his father in Melbourne, Australia who was researching for his doctorate at Latrobe University. Having spent most of his childhood in Australia he moved to Papua New Guinea in 1989 where his father pursued a two year academic posting. He returned to Uganda in 1992 where he attained a bachelors degree in Engineering surveying from Makerere University in 1999. He then moved to the United Kingdom for his Masters degree in Distributed Computing System which he obtained from the University of Greenwich in 2002. Since then he has been working as a Senior Developer with the Royal Bank of Scotland Global Banking and Markets in the city of London.