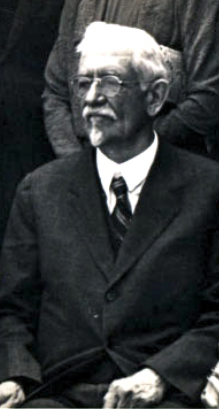 Charles Lane Poor was born in Hackensack, New Jersey, the son of Edward Erie Poor. He graduated from the City College of New York and received a Ph.D. in 1892 from Johns Hopkins University. He was a professor of astronomy and celestial mechanics at Columbia University from 1903 to 1944, when he was named Professor Emeritus. In the aftermath of the 1919 eclipse, which supposedly confirmation of Einstein's theories, Poor wrote arguably the first book to dispute Einsteinian relativity: Gravitation Versus Relativity (1922). In the years that followed, he wrote numerous articles and books cautioning against the blind acceptance of mathematical constructs lacking common sense. His crusade against the acceptance of Einsteinian relativity did not succeed, but attracted a minority support that has continued to this day.