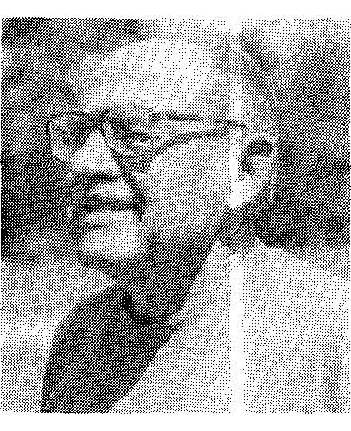 Born in Devoe, South Dakota, Harvey Lenard Morgan earned his BSChemE (1942) and MS (1947) from the University of Idaho. His career brought him to several aircraft companies, GE (1960-7), E-Systems (1967-70), ARA Mfg. (1977-80) and Tech. Development Corp. (1980-9). He held four patents related to his discovery of a means to send electrical signals at superluminal speeds. Between 1957 and 1998 he authored twenty-four technical articles in engineering and electronic trade journals, including Aerospace and Electronic Systems Magazine. He became active with the NPA after his retirement in 1989.

Harvey Morgan graduated from the University of Idaho in 1942 with a BS (Chem. Eng). He worked in the aircraft industry as a mechanical engineer from 1942-1945, then went in the Armed Services. Morgan returned to the University of Idaho for an MS in Physics in 1947. Upon graduation, he entered the electronic industry and worked in the defence industry until March 1989. Morgan retired to New Mexico to work in his electronics/mechanical home lab. He has 24 technical articles published in electronic trade journals, and many non-technical articles published locally and in two anthologies. Morgan holds four patents, is a member of IEEE since 1948, and volunteers locally at Cookes Peak Volunteer Fire Department, Deming. He is a member of six writers groups, Friends of the Library, PC Sugar computer club, and People for the West!