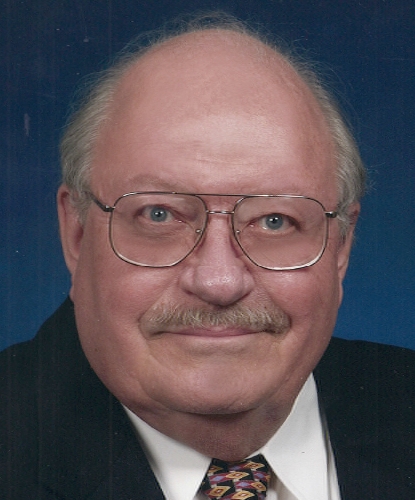 Glen William Deen was born on May 31, 1935 in Dallas, Texas. He was interested in science as a child, playing with a chemistry set and a toy steam engine, making and selling firecrackers to neighborhood children, building electric motors and transformers and later amateur radio transmitters, receivers and a radio-controlled model airplane. He took radio shop at Crozier Technical High School in Dallas, and he joined the ham radio club there where he learned the Morse code. He got his General Class (then called Class B) amateur radio license in 1951 and was given the call letters W5TAD by the FCC. He graduated from the University of Texas at Austin with a BSEE degree in 1960. He worked at Collins Radio Company in Cedar Rapids, Iowa as an electrical engineer. He married Evelyn Brockmeyer in 1963, and they have one child, Robert, who was born in 1965. He transferred to the Richardson, Texas division of Collins Radio in 1965 and moved his family there. In 1969 he founded TaxLogic Corp., a company that processed federal income tax returns on a mainframe computer for accounting firms. This business failed after one year, and he took an engineering job at Electrospace Systems, Inc. in 1970. TaxLogic was restarted in 1971 as a part-time business with much better results. In 1975 he quit ESI and ran TaxLogic full time. It made the Inc. Magazine list of 500 fastest growing private companies.

He became interested in astronomy in 1980 when he joined the Texas Astronomical Society of Dallas and bought a Celestron 8-inch telescope. He was Vice President of the TAS for two years. He became interested in astrophotography when Comet Halley appeared in 1985 and 1986. He joined with eleven other amateur astronomers to build Lone Star Observatory in 1987. http://www.lonestarobservatory.org/. Batch processing of tax returns on a mainframe computer was doomed as a business model because of competition from personal computer tax software programs. TaxLogic went into bankruptcy in 1988 and was acquired by Dynatax, and that company went bankrupt in 1989.

He did some Fortran programming work for Professor Brian Tinsley of the University of Texas at Dallas Physics Department in 1990-1991, and Dr. Tinsley made him co-author of his paper "Apparent tropospheric response to MeV-GeV particle flux variations: A connection via electrofreezing of supercooled water in high-level clouds?" in the Journal of Geophysical Research, Volume 96, Issue D12, p. 22283-22296 (12/1991). http://adsabs.harvard.edu/abs/1991JGR....9622283T. As a result of this paper plus two sponsorships, he later became a member of the American Astronomical Society.

He became interested in alternative science theories in 1996. He joined the NPA in 1998, and he presented his first paper at the NPA Conference in 1998 in Grand Junction, Colorado. The title was "D.C. Miller's 1933 ether wind velocity predicts rotation of the CMB anisotropy dipole." He presented his next paper, "ETHER OPTICS 1--Refraction Index and Density", at the 1999 NPA Conference in Santa Fe, New Mexico.