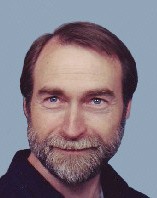 Peter A. Lindemann became interested in Free Energy in 1973, when he was introduced to the work of Edwin Gray. By 1981, he had developed his own Free Energy systems based on variable reluctance generators and pulsed motor designs. During the 1980?s, he worked off and on with both Bruce DePalma and Eric Dollard. In 1988, he joined the Board of Directors at Borderland Sciences Research Foundation, and served until 1999. Currently, he is a Research Associate of Dr. Robert Adams in New Zealand, as well as a close collaborator with Trevor James Constable in the United States. Dr. Lindemann is one of the foremost authorities on the practical applications of Ether technology and Cold Electricity. He is currently Director of Research for Clear Tech, Inc., PO Box 713, Liberty Lake, WA 99019.