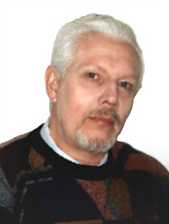 Nikolai Kupriyanovich Noskov was born in 1940 in Siberia, in the Kemerovo region. He lived and worked in Almaty (Kazakhstan) since 1963. Four years he studied physics at the Kazakh State University, then he finished the Kazakh polytechnic institute.  During six years he worked as the designer in designer section of the nuclear reactor WWR-K. 10 years he worked as an engineer on vacuum engineering in the Nuclear Energy Transformation Lab, Institute of Nuclear Physics.

Since 1983 he worked as an engineer-operator of the nuclear reactor. Since 1983 he has taken a great interest in independent analysis of physics and philosophical activities on problems of physics.  He resulted his passion in writing a cycle of the articles on physics, which were published in the newspaper "Science of Kazakhstan" in period from 1995 to 1999.  Since 1999 his papers were published in the electronic journal "Science and Engineering".