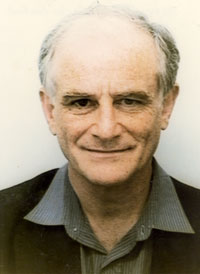 After graduate studies in physics at the university of Paris 6, J. Levy did his military service at the Centre of Nuclear Studies of Fontenay aux roses where he has been in charge of a work dedicated to electron spin resonance. He then continued his studies at the University of Paris 6 obtaining a diploma of in-depth study of theoretical physics. Pursuing research at the ?Centre de mecanique ondulatoire appliqu?? (CNRS) he earned a Ph.D in physics entitled ?Interaction spin reseau et tenseur spectroscopique de l'?lectron?, with honours. Meanwhile he trained as a radioisotopist and earned a degree awarded by the National Institute of Nuclear Science and Technology of Saclay. Following the work undertaken he has published several articles in peer reviewed journals.

Although his previous work dealt with different issues more related to quantum physics, he has long been interested by the theory of relativity from a critical point of view. Since 1990 he has attended numerous international conferences devoted to this topic, including ?Physical interpretations of relativity theory? (PIRT) sponsored by the British society for the philosophy of science and has given several lectures. He has since published 3 books and numerous articles in the proceedings of the conferences and in peer reviewed journals and he wrote chapters for two collective books. He was also a member of the editorial board of congress Geometrisation of physics held in Kazan state University Russia.

J. Levy is convinced that, contrary to what is generally believed, the experiment in physics does not give an exact description of reality and must be reinterpreted, and this even if it is made with the maximum accuracy. Rods and clocks as well as masses in a state of absolute motion are modified and therefore the measurement of physical data concerning them is altered and depends on the absolute speed of the frame where it is made. A part of his work consists in determining the real values of the physical data behind the apparent ones. The divergences between physicists often arise more or less consciously from the credit which they give to the result of the experiments prior to any interpretation.

J. Levy is now in charge as co-Editor and author of a scientific program entitled Ether space-time and cosmology, which will result in the publication of several volumes in collaboration with Michael C. Duffy (who is the chairman of PIRT) and Volodymyr Krasnoholovets. The program is dedicated to the exploration of the modern ether concept, evidence of its existence and implications for modern physics The introduction of the ether as a main actor in physical processes, will resolve a number of paradoxes in 20th century physics which arose because of its dismissal. (Volume 1 and 2 are now available and can be ordered at Apeiron, Target.com or Amazon.com).