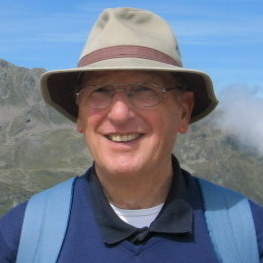 Born in 1941. Married. Hans has two children. He lives in the country at 20 kilometres from Eindhoven (NL). His background is chemistry and theoretical physics. His final study concerned the fundamentals of physics, in particular quantum logic and quaternionic quantum mechanics. Hans started his carrier in 1970 in the development department for high-tech electronic devices. He stayed there for more than fifteen years. He built or changed most of his measuring equipment. In the beginning he used analog techniques later he turned to digital technology. During that second period Hans used software increasingly for simulation and measurement control. As part of his job he participated in the standardisation commissions that established the ISO and the IEC standard for measuring the optical transfer function (OTF, MTF). In 1987 Hans changed his job direction and joined an internal software house. He participated in several large and very complicated projects and did a series of single person projects. Mostly it was work that others did not dare to touch because of the complexity and the scientific depth involved in the subject. In this way Hans learned the programming metier the hard way. In this way he became a senior and he has experienced most of what can go wrong and what goes well in software engineering. In the process Hans developed a vision on software production that he likes to share with you.

Since July 2001 Hans is retired from his job as a senior system software engineer at a local semiconductor company. From that instance until 2004 he proceeded with the work that he started in 1995 and spent all his time and energy in the development of ingredients that are needed to establish an open market for embeddable software components. These components are aimed at resource-restricted real-time embedded systems. Tools and technology have been created that support the universal creation, publishing and retrieval of formal specification documents. Tools that will be capable to use formal specifications to create skeletons of software components and working and testable prototypes of component-based systems will follow. The tools are all crafted in C# and work on .Net compatible platforms. From 2004 through 2006 Hans worked on the automation of the expert work of a physiological institute. In 2006 Hans retired and used his free time to study again the fundamentals of physics. He designed an unorthodox way to do quantum physics. This project is named ?The Hilbert Book Model?. It delivers an unprecedented view at the under-crofts of physics.