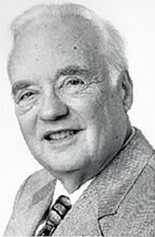 Sachs claims to have completed Einstein's program, specifically, first, unifying the fields in a relativistid field of inertia, and, then, showing that quantum theory emerges from constraints imposed by the field theory itself. Sachs uses symmetry groups based on quaternions to unify matter, electromagnetism, and gravitation in a relativity theory of inertia, and then demonstrates that empirical results of quantum theory emerge in the nonrelativistic (low energy-momentum transfer) domain.

Sachs says of quantum field theory, "The well known trouble with RQFT is that when its formal expression is examined for its solutions, it is found that it does not have any! This is because of infinities that are automatically generated in this formulation."  His view of much that has followed, then, in both the standard model of particle physics and in cosmology, is that it is either incorrect or has been misinterpreted. Further, he contends that, because of fundamental incompatibilities between relativity theory and quantum theory, a quantum theory of gravity is a logical impossibility.