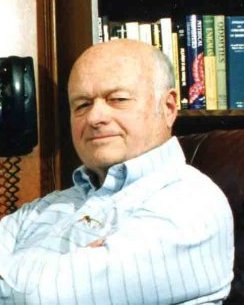 William Rogers Corliss was born in Stamford, CT and earned degrees in physics from Rensselaer Polytechnic Institute (BS, 1950) and the University of Colorado (MS, 1953). After nine years of work in industry, he began his career as a freelance writer in 1963. Under contract from NASA, the National Science Foundation (NSF), the Energy Research and Development Administration (ERDA) and other organizations, Corliss wrote over 50 booklets and articles on various facets of science and technology including astronomy, computers, microelectronics, automation, and communication systems. Building on his broad base of scientific knowledge and passion for anomalies, he began his well-known Sourcebook Project in 1974 with the book Strange Phenomena. Representing a lifetime of fact collecting, the Sourcebooks number over 30 and compile scientific anomalies in geophysics, geology, archaeology, astronomy, biology, and psychology. In addition, he continues to edit the bimonthly newletter, Science Frontiers, which he began in 1977. A member of the American Association for the Advancement of Science (AAAS) and the Society for Scientific Exploration(SSE), Corliss could justly be dubbed the world's leading authority on scientific anomalies, with a quantity and quality perhaps exceeding that of Robert Ripley. The father of four children, he and his wife reside in Glen Arm, Maryland, USA.

Corliss's Sourcebooks clearly reveal that not everything in nature can be explained with current scientific paradigms. One measure of success for any new theory is its ability to explain at least some of the anomalies detailed in these books.

"William R. Corliss, regarded by many as the world's greatest contemporary anomalist, passed away at his home in Glen Arm, Maryland, on July 8, 2011, at the age of 84. During a span of some 40 years, the physicist turned stalker of paradoxical data brought to light a mind-boggling collection of unexplained observations, embarrassing deviations, and paradigm-shattering discoveries that orthodox science had largely swept under the carpet of consensus. In recognition of these contributions, he received, in 1994, the Tim Dinsdale Award presented by the Society for Scientific Exploration.

"Corliss was born on August 28, 1926, in Stamford, Connecticut, and served in the Navy during World War II. After receiving degrees in physics from Rensselaer Polytechnic Institute (BS) and the University of Colorado (MS), he worked for more than a decade as a physicist in industry, first with Pratt and Whitney Aircraft, then with General Electric Company, and finally with the Martin Company where he was Director of Advanced Programs in their Nuclear Division. In 1963 he began another career, in technical writing, and produced works for NASA and the National Science Foundation on such topics as electric power generation, computers, space radiation, robotics, and telecommunications..." - Edge Science, Oct-Dec 2011