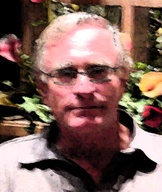 Mike Emery has figured out the workings of the universe. He's done it by taking clues from "both sides of the fence", from religion and meditation on the one hand and from the very frontiers of physics on the other. On his way to enlightenment, Mike is leaving a trail of written essays where he orders his own thoughts, as much as communicating them to friends and colleagues. The purpose of this article is to provide a space where those essays can be collected and made available. Those of you who are interested in far-out ideas also have a space to leave messages and comments - at the end of the article - and get in contact with one another in this virtual world.

I have come to know Mike through this medium of marvelously interconnected thought which is the internet, and have appreciated his unconventional views. Mike's essays are provocative; they bring interesting trains of thought together, they shake convention and are far ahead of what many others have to offer. Mike is one of those people for whom the artificial division of science and religion has no longer any meaning. In that sense, he is a forerunner, a herald of things to come, as we transform ourselves into enlightened beings and as mankind itself becomes a living organism in its own right.

Mike is no ivory tower man. He was a cowboy having fun on Montana ranches and in rodeos, then became a champion skier and got into all manner of trouble in his college days. At one time he was into commercial fishing - tough business - and later, during the heyday of oil exploration, owned several business enterprises in Alaska. His subsequent search led him through free energy, healing, meditation, anti-aging and complementary medicine to the edges of physics and back. - Sepp Hasslberger