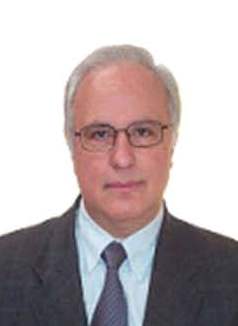 Christopher Provatidis has a BS in Mechanical-Electrical Engineering from the National Technical University of Athens (NTUA), 1977, a MSE in Mechanical Engineering from the NTUA, 1979 and a PhD from the NTUA, 1987. He started his career with the private praxis, 1981-1982 as a design engineer and patent consultant. In 1982, he moved to the National Technical University of Athens (NTUA) to work at the ?Machine Elements & Dynamics Laboratory'. Over the past 30 years, he has work across a wide discipline to include components of several sectors in mechanical simulation (statics, crack and fatigue analysis, elastodynamics, acoustics, structural optimization, light-weight structures, textile micromechanics, thermal analysis, biomechanics: orthodontics, dental implants, orthopedics, inverse problems, system identification, gearless differentials, dynamics, CAD/CAE integration, etc) in conjunction with the finite element method, the boundary element method and other computational methods.

Provatidis has contributed in an innovative differential mechanism (US Patent 4,509,388) and has applied for two patents in an antigravity mechanism.