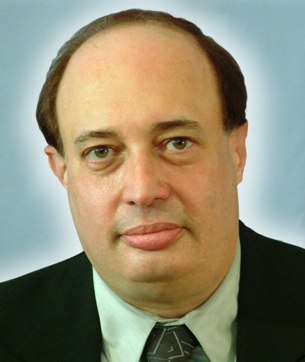 Dr. Solomon received his Ph.D. from MIT where he directed a major research group in what is now the MIT Media Lab. He then spent some years in academia as a professor at Worcester Polytechnic Institute and founded TRILLENNIUM Corporation, which soon became a highly successful product development and executive counseling, education, and consulting company. TRILLENNIUM developed over fifty products for its clients with a market value of over a billion dollars and engaged in over thirty client-years of multi-year consulting retainers with major corporations. Dr. Solomon has lectured internationally to thousands of executives and managers on applying new strategies, technologies, and methodologies.

In 1990 he felt compelled to go on a quest to determine why organizations had such great difficulty solving complex problems, innovating solutions, communicating, and resolving political and power-based issues. His research led to the development of Multi-Dimensional Thinking - a new set of computer-enabled thinking skills with which people can reach a much higher level of UltraLiteracy. This empowers them to deal with seemingly impossible situations and achieve higher levels of cooperation required to solve high value cross-disciplinary problems.

Apart from the traditional professional and academic world, Dr. Solomon has had a life of experiencing extraordinary phenomena. From an early age he has had several hundred remarkable synchronicities and anomalous phenomena experiences which he has always documented in detail  - instead of ignoring them or dismissing them as "mere coincidences". Many of these anomalous experiences have been recorded and transcribed in twenty hours of long conversations with his close friend, Dr. John Mack, Professor of Psychiatry at Harvard University, and will be included in a forthcoming book by Dr. Solomon.

Dr. Solomon and his Intellergy Institute team have uncovered major fundamental contradictions in modern physics and are developing an Intellergy (information-based) model to much better account for reality starting from prime numbers, and basic universal patterns and connected replicated structures. These include hundreds of verifiable mathematical expressions that started to reveal the until-now-undiscovered relationships among basic geometric constants, ratios of the universe, pivotal physical constants, ancient-wisdom numbers and sacred geometry. These are all aspects of what Dr. Solomon calls Intellergy - the "ALL" that manifests to us both as the physical world, and also in the intangible forms of non-physical consciousness, information, and intelligence.

Dr. Solomon founded the Intellergy Institute to derive the transformations between information and physical reality; to understand and explain so-called coincidences, synchronicities, and anomalies; and to evolve the use of consciousness for the betterment of all our lives.

He is using Multi-Dimensional Thinking to enable him and his team to process the thousands of pages of Intellergy notes and hundreds of research books and to develop Visual Understanding (VU) Dynagrams which are displayed and electronically manipulated on multiple monitor Concept Processors and in large screen ThinkRooms. These VU diagrams have started to reveal how Intellergy manifests the Numiverse in form and function, and at more complex levels as structure and behavior. This has led and will be leading to a much better practical understanding of the relationships and connections between intelligent consciousness and physical reality.