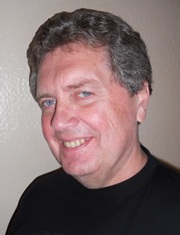 View count: 1
Buy it now
A Beginner's View of Our Electric Universe
by Thomas Findlay

I was so impressed by what I found described within the Electric Universe (EU) model when I first came across it that I decided to write a book about it. I made this decision not for personal gain, but instead, so that others like me could also have the chance to understand the important things that model proposes. In short, the EU model stands as a basis on which to explain how our universe actually does work. It is a set of alternative theories to those we have all been told for so long are true by mainstream astro-science and by the media.

I came across the Electric Universe model in early 2010, and as a layman, having previously studied the already available science of the universe quite deeply, I immediately wondered why I had never seen or heard anything about these alternative theories before. Also, as I delved into the EU model's historical background and current status, I began to uncover associated information that was new to me and which made me realise that all is not well in the world of astro-science research, and that things have not been okay there for a very long time.

Being the way I am, and based on my past experience, my education and natural interests, what emerged was a picture that I found hard to contemplate. This picture, constructed from the credible work of many honourable, but for some apparently odd reason, relatively unknown scientists and researchers, was one which I just had to provide for others an opportunity to understand. The story this picture presents is that today's scientific research into astronomy and the physics of our universe has basically got it wrong, and that there has existed for quite some time alternative theories that appear to be far more logical and correct. In short, our universe seems not to work primarily on gravity, as we have been brainwashed to believe; instead, it seems to work on electricity, or more precisely, the electromagnetic force. The ramifications that emerge from this are very wide, very deep and very important indeed.

The book "A Beginner's View of Our Electric Universe" starts off with my discovery of the EU model then goes on without recourse to mathematics or difficult language to explain the background to that model and to highlight its superior position in relation to the current gravity-based Standard Model with its insurmountable problems. It then covers some basic theory before introducing a few of the important scientists and researchers who have been involved historically in the theories that underpin the EU model, and also some of those who remain to take it forward today. Finally, it provides easy to understand explanations for the theories upon which the EU model is built, while describing where and how these fit in terms of what we observe in space today. I then finish with a few additional thoughts of my own at the very end.

My book is not aimed at the uninterested man or woman on the street. It is aimed instead at three main areas of open-minded, technically interested people: the naturally curious who are careful how they investigate and who are uninitiated in such things as the workings of space but who want to get to know; those who through their own way of thinking have already become suspicious of the stories from mainstream astro-science and the media of how the universe works, and those who already know that the gravity-based Standard Model of the universe is not correct and who are now actively searching for better theories. By finding your way to this website you may fit into one or other of these categories, and so I invite you, with the option of no financial cost, to download my book, read it and think for yourself of what it presents.

?We should not surrender our judgement to others;
we must reclaim our ability to doubt and think for ourselves.
?