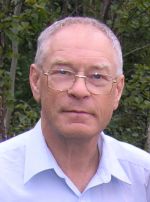 Membership in scientific and business organizations::
Scientific activity in the field of geophysics, physics of minerals and rocks. The member of the Russian Acoustic Society and Russian Mineralogical Society.

Position::
The Leading Scientific Employee of the Kolean Scientific Center. The Scientific Secretary of the Project No. 408 of International Program on Geology of UNESCO "The Rocks and Minerals on Depth and Surface"

Professional Carrier::
Since 1964 till 1983 the activity at Mining Metallurgical Institute of the Kolean Branch of Ac. of Sci. of the USSR. Since 1983 and till present time - the activity in the Geologic Institute of the Kolean Centre of Science of Ac. of Sci. of the USSR, in scientific positions. Realization of researches of physical properties of kerns of rocks of mining facilities of Kola, Ural, Tyrnaus, Worotilov super-deep wells.

Scientific interests:
Research of properties and states of minerals, monomineral and polymineral rocks on depthes of 1-50 kms, processes of propagation of springy waves in anisotropic haotic lumpy environments. Development of theoretical and phundamental physics of a new scientific direction - acoustic-polariscopy of rocks and minerals. Study the properties and frame of aether (physical vacuum).

Current activity:
Realization of researches on a subject: "the research of elastic and inelastic properties rockforming of minerals and crystalline rocks with counting of effects of the factor of depth and metamorphism of transformation".
Realization of researches under the project MPGK-408 of UNESCO "Matching of the structure and frame both physical properties of rocks and minerals from Kola SG-3 and its homologues on the surface"