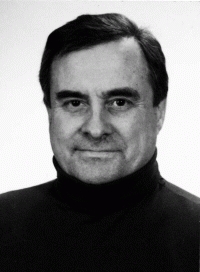 
John Remington Graham is an attorney with decades of experience in the fields of constitutional, environmental, and criminal litigation. He served as a federal public defender; special counsel to Brainerd, Minnesota; and Crow Wing County attorney. He has a great many publishing credits in constitutional law and history, and also forensic medicine and science. He has lectured on constitutional law and legal history in the United States and Canada. Graham was also cofounding professor of law at Hamline University in Minnesota.

As a young lawyer, he quickly realized an investigation into constitutional history was necessary to properly defend his clients against the judicial machine. Since then, Graham has been a diligent student of American, Canadian, and English constitutional history and law. He recognized that the American Constitution could not be understood without a thorough knowledge of its foundation in English Constitutional law and history.

He has participated in major cases raising difficult questions of constitutional law, appearing before courts in sixteen jurisdictions within the United States. Additionally, in 1998 he was the advisor on British constitutional law and history for the amicus curiae for Quebec in the Canadian Supreme Court, a position that afforded him the opportunity of shaping Quebec's argument in its case for peaceable secession.

Graham received both a bachelor of arts in philosophy and a law degree from the University of Minnesota. Graham, his wife, and children have lived in Minnesota and Quebec.