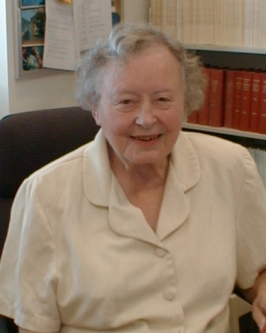 A colleague of Halton Arp and the observations that quasars are linked to galaxies.

Eleanor Margaret Burbidge, n?e Peachey, FRS (born August 12, 1919 in Davenport) is an English astrophysicist, noted for original research and holding many administrative posts, including director of the Royal Greenwich Observatory.