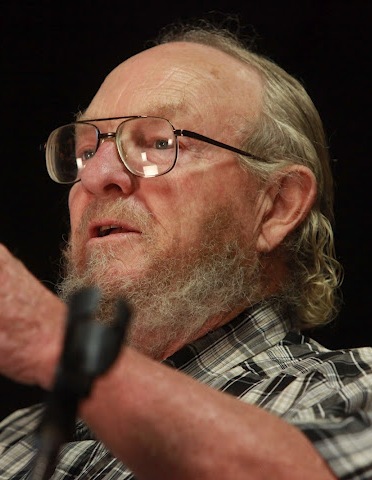 I Grew up on a farm, joined the US NAVY right after high school, 1959 to 1962. Spent my naval years on a Destroyer Escort, USS Keppler DDE 765. Almost sunk one stormy night in the Atlantic when our ship was broadsided by the USS Johnston who mistook us for a submarine. I was on sonar watch and we, too, thought the Johnston was a submarine. Both ships radars were out due to the storm. A few seconds earlier and the Johnston would have hit us and cut us in two as we were turning at my request to get the target out of the stern baffles. As it was, she lost her bow and skidded down our starboard side and cleaned off all the equipment and metalwork from the quarterdeck, down aft to the stern. The Johnston had to go immediately to port and we followed a couple of days later when the pumps couldn't keep up with the water coming in.

After the navy I went to school, then hired with Univac as an overseas computer engineer in 1996 in Germany and then taught for two years in Egan, Minnesota, and for NATO in Rome, Italy. Eventually became overseas engineering manager for all the third world countries, including South East Asia, Austrialia, Commi Con, Greece, Turkey, the Middle East and North Africa, Japan, China, and the USSR. We lived in South Africa, Korea, Hong Kong and London.

Married my British solemate in 1968, no children. Lots of puppies and cats. I saw her one day walking across a computer room in Weisbaden, Germany. She was a secretary for the US Airforce. The attraction for me was instantaneous.

We lived and worked all over the world for twenty years then retired in 1984 and bought a small cow/calf operation in southwest Minnesota. Started writing on gravity and relativity in 1990. One night in May, 1991, I had to write a paragraph on Newtonian gravity as a mutual attraction between any two particles. Before the night was finished, I had come to a new hypothesis of gravity where gravity between any two bodies was a self-movement force due to the exchange of gravitons. There were several times that night where I'd start a sentence and not know how I was going to finish it, but it would come, seemingly on it's own. It was like another intelligence was guiding my hand. I even tried it a couple of times to start a sentence to see what would happen. It worked.

When I finished with my new hypothesis of gravity, I found that Newtons law would have to be modified from F = m1m2/d2, to F=2(m1m2)/d2. Einstein's general relativity where gravity was due to mass making geodisics (paths in space), was wrong. This took me a few more months to figure out. I developed a simple test, a modified Cavendish Gravitational Constant experiment, can be done to prove the new hypothesis correct or false. I found the link between inertia and gravity and the link between light and gravity. I also found that if my hypoethesis was correct, the new self-movement gravity could be artifically redirected to be used as a faster-than-light spacecraft propulsion system without reaction mass. It would also give us a supreamly fast interception craft to re-direct any asteroid that is threatening earth. Someday we will need such a capability. So far we've just been lucky.

This leads to other conclusions that are anathema to science.

I have presented this hypothesis to various conferences and sent papers to many science and physics societies and individual scientists. I'd always been careful not to say that Einstein was wrong, as that leads to rejection and censorship. In 2003 I sent a paper in for the STAIF-04 conference, and for the first time I actually said out loud, in print, that Einsein's General Relativity was wrong and it could be proven. A few days before the end of submissions, I received a letter from Doctor Mohammad EL Genk, the Director of the NM Space and Nuclear Studies dept, telling me that my paper was being pulled and I would not be allowed to speak.

I was told by the NASA Chair that the reason was because my new theory of gravity did not reduce down to General Relativity. Of course not, and I quite happily admitted it; in fact I insisted on it. But it shows that even in today's so-called open science, censorship still exists, no different from Galileo's time.

My life at the moment revolves around getting my books published. The Millennium Coup is being sold out of my car trunk and in three months I have sold 200 copies. I have a dispute with the man who helped me with my printer setup and cover art and he, unbeknownst to me, unethically copyrighted my cover art. I am now in the process of stripping him out of all my stuff. It is involved and takes a while.

My wife and I are enjoying the Minnesota climate, especially this past winter? We've had almost no snow and are preparing ourselves to being on the Minnesota Rivera.

In 2007 I had two heart attacks and a quad bypass. After being infected by a massive MRSA infection, I had to be opened up again, and the doctors gave me a fifty-fifty chance of survival. Recently I had a severe bronchitis infection and that developed into a Viral Encephalitis infection which I again survived. I am in good health at the moment, but I am concentrating on getting my books printed.