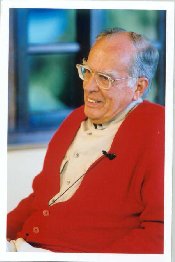 
Dr. Keppe's curriculum vitae is impressive: studies in Vienna at Viktor Frankl's prestigious Polyclinic; founder of the center for Psychosomatic Medicine at the Hospital das Clinicas of the University of Sao Paulo; founder and president of the International Society of Analytical Trilogy and founder of the largest private psychotherapy clinic in South America. Keppe has written extensively - over 25 books on themes ranging from the origins of psychological and organic illness to sociopathology and the pathology of power, to metaphysics, to the decay of esthetics, art and culture. Dr. Keppe was initially trained as a theologian, and subsequently as a Freudian analyst, but early in his private practice he experienced the restrictions and limitations of traditional psychotherapy.

After many years of conducting extensive scientific research at his clinic in Sao Paulo, and which encompassed the areas of psychology, philosophy and theology, Dr. Keppe constructed a therapeutic model to more accurately, expansively and deeply address the mental and emotional problems which plague modern man. Keppe expanded his views to include society, and he coined the term, psychosociotherapy to describe his study of society's psychological problems.

Keppe has traveled extensively lecturing and conducting seminars, and has conducted research and practiced in many European countries as well as in the U.S.A. Dr. Keppe maintains a private clinic in Sao Paulo, Brazil, where he sees many patients and trains psychoanalysts to work with his unique method. - http://www.analyticaltrilogy.com/bios.html