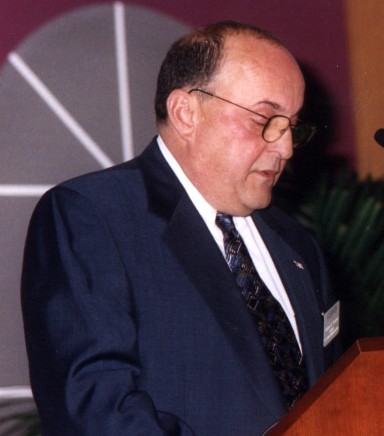 Dr. Robert O. Becker, M.D., orthopedic surgeon and medical research doctor, is one of the early pioneers responsible for the resurgence of silver use in medical applications. Dr. Becker's primary area of personal interest has always been exploring the possibility of complete tissue and organ regeneration in humans. Through his fascinating journey which spans over three decades of dedicated research, he has brilliantly explored bioelectric and electromagnetic systems, reaching to understand and control the growth and healing process in complex organisms. Much of the following information was taken directly from the books The Body Electric and Cross Currents.

May 28? Robert O. Becker, a towering figure in bioelectromagnetics, died on May 14 due to complications from pneumonia. He was 84 and had been ailing for some time. Becker, best known for his research on ?currents of injury? and the role they play in regeneration, made significant contributions to many areas of electrobiology. He was later drawn into public controversies over health effects?Becker is credited as the first to use the term ?electromagnetic pollution??and in the end paid dearly for speaking out.

?Bob Becker's passing marks the end of an era in bioelectromagnetics, that time when very few scientists believed that non-thermal electromagnetic exposures were biologically significant,? said Abe Liboff, a physicist and the co-editor of Electromagnetic Biology and Medicine. ?All the work on applying electromagnetic fields to bone repair is attributable to Becker's reinterpretation of Carlo Matteucci's discovery of currents of injury,? he said.

Andy Marino, a former graduate student of Becker's who spent 17 years in his lab, recently recalled how his mentor described what prompted him to embark on what would be his life's work:

Salamanders have the same bones and muscles and nerves as people. If salamanders can grow new limbs, why not people? I think they can. They lack only the signal to activate cells. I was only in medical school when I thought about this, and I decided to spend my life trying to study bioelectricity and perhaps answer that question.

Marino is now a professor at the LSU Medical Center in Shreveport.

In the 1960s, at the same time that Becker was investigating the electric currents in bone with Andy Bassett, he also made some landmark observations on the effects of magnetic fields on human behavior. These studies, now all but forgotten, were years ahead of their time. For instance, in 1967, writing in Nature with Howard Friedman and Charles Bachman, Becker described how modulated magnetic fields could affect reaction times?now a hot topic among those studying cell phone radiation. Some years earlier, they found that admissions in psychiatric hospitals were associated with geomagnetic activity. Later, in a series of papers with Stephen Perry, a medical doctor in northern England, Becker and Marino linked exposures to power frequency fields to depression and suicide.

In perhaps their best-known experiment on power-line EMFs, Becker and Marino showed that mice which were exposed continuously for three generations, yielded offspring that were stunted and were generally frailer. ?The results were truly startling,? Marino recalled. It took a decade for EPRI, the electric utility industry research group, to repeat the multi-generation study, and the results vindicated Becker and Marino (see MWN, M/A 86).

Becker's involvement with high-voltage power lines and the U.S. Navy's submarine communications system (Project Sanguine, later Project Seafarer and still later Project ELF) proved to be his undoing. He was forced into retirement at the too-young age of 56. As Becker wrote in the preface to The Electric Wilderness, a history of these struggles by Andy Marino and Joel Ray: ?We faced a concerted and coordinated effort to suppress the truth which emanated from the military establishment and was simply aided and abetted by the greed of the utilities and the tarnished testimony of scientists for hire.?

But even in apparent defeat, Becker made his mark and changed the course of the EMF controversy. His and Marino's fight over the 765kV power line planned by the NY Power Authority led to the NY Power Line Project which sponsored the research that repeated Nancy Wertheimer and Ed Leeper's childhood leukemia study that forever changed the EMF landscape (see January 23 post).
After his lab at the VA Hospital in Syracuse was closed, Becker wrote The Body Electric with Gary Selden. Published in 1985, the book became a classic and is still in print today. Anyone trying to understand the forces at work in this highly politicized area of science should read his ?Postscript: Political Science.? Here's how it ends:

I want the general public to know that science isn't run the way they read about it in the newspapers and magazines. I want lay people to understand that they cannot automatically accept scientists' pronouncements at face value, for too often they're self-serving and misleading. I want our citizens, nonscientists as well as investigators, to work to change the way research is administered. The way it's currently funded and evaluated, we're learning more and more about less and less, and science is becoming our enemy instead of our friend.