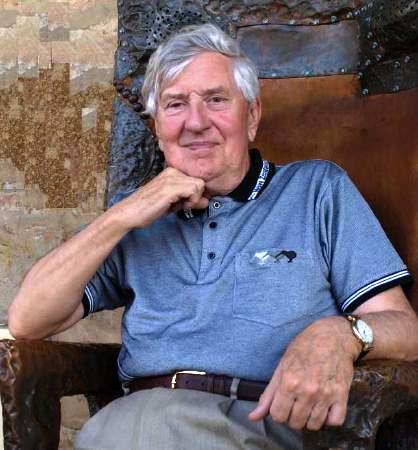 Quantum Chemistry: His own text "Introductory Quantum Chemistry", several papers on the theory and application of the factorization of a wavefunction into conditional and marginal factors - the Born-Oppenheimer Separation of Nuclear from Electronic motion but without the Approximation, and the Exact One-Electron Model of Molecular Structure.

Quantum Physics: The Nature of the Photon and the Electron.  Research initiated in 1985 produced a mathematical model of the photon as a solitary (soliton) wave, whose size, shape and internal intensity  are confirmed by several different experimental measurements and phenomena.  The photon-soliton (for circularly polarized light) is an egg-shaped circular ellipsoid of length l (the wavelength) and cross-sectional diameter l/p.  This finite-size explains the Heisenberg Uncertainty Principle physically: the photon?s momentum of h/l is distributed over its length of l, and hence the product of momentum and the position of that momentum is always equal to Planck?s constant, h.  This soliton model is the Bohr Model of Einstein?s photon.

Computing: The experience of working with the well-designed Ferranti Atlas computer as a graduate student at Manchester University (1961-64), followed by years of frustrating experience working in the Fortran language on IBM mainframe computers (1964-), motivated Dr. Hunter to study the theory of computation (1975-), the result being the insight that Turing Machine processes demand dynamic memory allocation, whereas Finite Automaton processes can have their memory allocated before execution of the process commences (static memory allocation).  This insight has implications for the design of computers and programming languages which are unrealized in widely used systems; the Unisys Clearpath MCP systems are exceptional, based upon the nested block structure that originated in the Algol-60 language.

Music: Geoffrey likes classical music, especially the music of Chopin, which he plays with some considerable technical skill and emotive expression on his Yamaha C7 grand piano.  As an analytical thinker, he has studied the theory of music and produced original insights: there are just 10 triads and 10 tetrads (chords) after discarding the minor second as a dissonant interval; he plans to present this systematic theory of harmony in a book "Harmonic Notes".

Life is a journey, not a destination. Geoff?s journey ended too soon when he suddenly died of a heart attack on Thursday December 4, 2008. Geoff?s journey began over 74 years ago at 48 Allenby Road, Cadishead (a suburb of Manchester) where he was born the only child of Wilfrid Hunter and Mary Fazackerley Hunter.

He was a Renaissance man with wide interest across many fields. As a young lad, he enjoyed waving at trains near his home; this led to a lifelong love of trains. He served two years in the British Air Force as a photographer, and loved taking photos ever since. He worked with his Uncle John in Wales helping him with his bees and later in life had beehives on his Caledon acreage. Throughout his life he had a love of music and played the piano for his own enjoyment and the enjoyment of others.

He was a professor at York University for many years where he dedicated himself to research. His interest in science continued unabated to the end. In the last few weeks of his life, he wrote a critique of the book, Reinventing Gravity by John Moffat.

He married his wife Susan Prokopenko in July 1971 and they spent the next 37 years together. They travelled widely and in the last few years enjoyed trips to Panama, New Zealand and Australia.

He will be sadly missed by his wife, his family and all those who knew him.