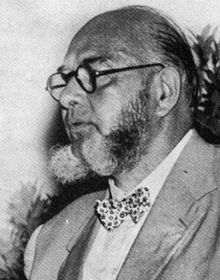 
"Rudolf Karl Anton Tomaschek (23 December 1895 in Budweis, Bohemia ? 1966) was a German experimental physicist. His scientific efforts included work on phosphorescence, fluorescence, and ( tidal) gravitation. Tomaschek was a supporter of deutsche Physik, which resulted in his suspension from his university posts after World War II. From 1948 to 1954, he worked in England for the Anglo-Iranian Oil Company (AIOC). In 1954, when AIOC became BP, he went to Germany and was president of the Permanent Tidal Commission. From 1913 to 1918, Tomaschek studied at the Deutschen Universit?t Prag. He earned his doctorate in the early 1920s under Philipp Lenard, at the Ruprecht-Karls-Universit?t Heidelberg, and then became Lenard?s assistant. He completed his Habilitation under Lenard in 1924." - Wikipedia