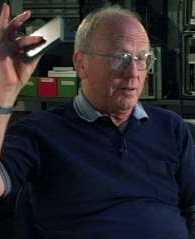 Walter L. Rosenthal spent most of his working life employed by several defense contractors at Vandenberg AFB as a member of many different missile launch crews, spanning over 35 years. He has tested at numerous locations an extensive number energy machines, using a collection of test equipment manufactured by Yokogawa, Tektronix and Hewlett Packard.

Walt was a courteous, kind, and very competent test scientist. He also did lots of work on the Sweet machine, and Floyd permitted Walt to see and test his ?self-powering‿ version as well. Walt even built the ?control discharge‿ unit that Floyd used to active his permanent magnets (trigger the barium nuclei into self-oscillation). Since a magnetic pole is actually a magnetic charge, Floyd's activated magnets thus became a magnetic version of the ?negative resonance absorption of the medium‿ (NRAM) effect presently known and demonstrated in optical physics since 1967. And since the nuclear binding energy is negative energy, it meant that the ?gain‿ achieved did involve negative energy. Hence Sweet's machine output true negative energy, as could easily be shown by simple tests. Because the ?level of self-oscillating magnetic charge‿ was so small inside the nucleus, the field gain was enormous ? being some 1,500,000. Before Walt built the precision ?activation discharge‿ unit for Sweet, Floyd had great difficulty in activating the magnets, often blasting away for three or four weeks before having real success. And even when activated, the activation often would slowly drain away. However, once he was using the precision discharge unit courtesy of Walt Rosenthal, his activation effort became much easier and much longer lasting.

So not only was Walt very instrumental in accurately measuring the results successfully achieved by Sweet, but he also contributed directly to the success of the fundamental activation process used by Sweet in activating his magnets.