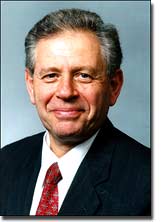 Vladimir B. Ginzburg was born in Moscow, Russia. He received an M.S. degree in mechanical engineering (1961) and a Ph.D. degree in technical sciences (1968). He moved to the United States with his family in 1974 where his principal occupation was the development of computer models for simulation of technological processes. This work led to the publication of two books: Steel Rolling Technology (1989) and High-Quality Steel Rolling (1993). The author of numerous articles related to engineering, Vladimir Ginzburg holds over 60 U.S. and foreign patents.  In parallel with his work in engineering, he conducts intensive research in physics. The main topic of his research is the vortex theory. He presented the results of his research in several scientific papers and three books. In this book he outlines the history of the vortex theory along with the basic concept of the 3-dimensional spiral string theory (3D-SST) that explores several exciting aspects of nature.