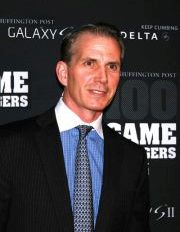 Joseph Patrick Farrell was born and raised in Sioux Falls, South Dakota. His early interest in physics, mathematics, and music and placement in an accelerated mathematics program continued until college. There he became interested in ancient texts, an interest that was to lead to a PhD in Patristics from the University of Oxford in 1987. His interest in utilizing modern science to interpret ancient texts and esoteric traditions continued throughout his studies. His father, an engineer, first piqued Joseph's interest in the Great Pyramid during a family vacation, and this interest has continued throughout Joseph's life. He has published a dozen carefully-followed books, and often appears on Coast to Coast and other programs with large audiences. He is the author of The Giza Death Star, and The Giza Death Star Deployed, and is currently working on a third book on the Great Pyramid and his "weapon hypothesis" to complete a trilogy. The books may be purchased from Adventures Unlimited Press.