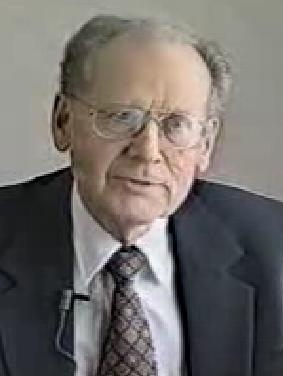 Hal Fox was the director of the first research laboratory at the University of Utah Research Park  He claims that Pons & Fleischmann are responsible for him not becoming famous -- Because he had just retired and was going to take up tap dancing when Pons & Fleischmann announced the discovery of cold fusion. Hal is also a co-founder (with several U.S. cold fusion scientists) of Future Energy Applied Technology, Inc., a Utah corporation dedicated to the commercialization of cold fusion.

Hal Fox is a leading founder of the Fusion Information Center which publishes both Fusion Facts, a monthly technical newsletter designed to keep subscribers informed of the latest developments in cold fusion research, and Fusion Briefings, a monthly newsletter that is a businessman's look at current energy research and its application in the business and financial world. Hal is also the author of COLD FUSION CONCEPTS, a computer-aided instructional program teaching over 40 concepts needed to understand cold fusion.

In 1993 Fox founded both the technical Journal of New Energy and New Energy News, intended for the interested layman. He edited both journals until they were discontinued in 2001.

Harold Lavar Fox, "Hal", beloved husband, father, grandfather and friend, was born August 24, 1923, in Vineyard, Utah, to George James Fox and Jennie Holdaway. He died August 20, 2012. He had 2 siblings, Burt Wesley Fox and Marion May Fox. Hal served as Captain in the United States Air Force, working as a meteorologist in the Philippines', during WW2, as well as in England, Germany and Nebraska. He was a highly decorated veteran. Hal married Lucy Grant in the Salt Lake Temple, on May 16, 1942: they had 4 children, James, Nancy Jane, Kathleen, and Carolyn: Nancy Jane is the only surviving child. Lucy died after 26 years of marriage; Hal then married the lovely Joyce Benson in the Salt Lake Temple on August 20, 1968, and they enjoyed 44 years of marriage together. Joyce raised the children and they loved her. Hal was a scientist, inventor, gardener, and poet; he wrote a poem for the kids and grandkids for their birthdays and for the family every year for Christmas. Hal and Joyce were active in the East Millcreek 11th Ward and they have many friends in the area. Hal has 7 grandchildren and 6 great-grandchildren as well as numerous nieces and nephews. Graveside services will be held Friday August 24 at 2:00 pm in the Salt Lake City Cemetery