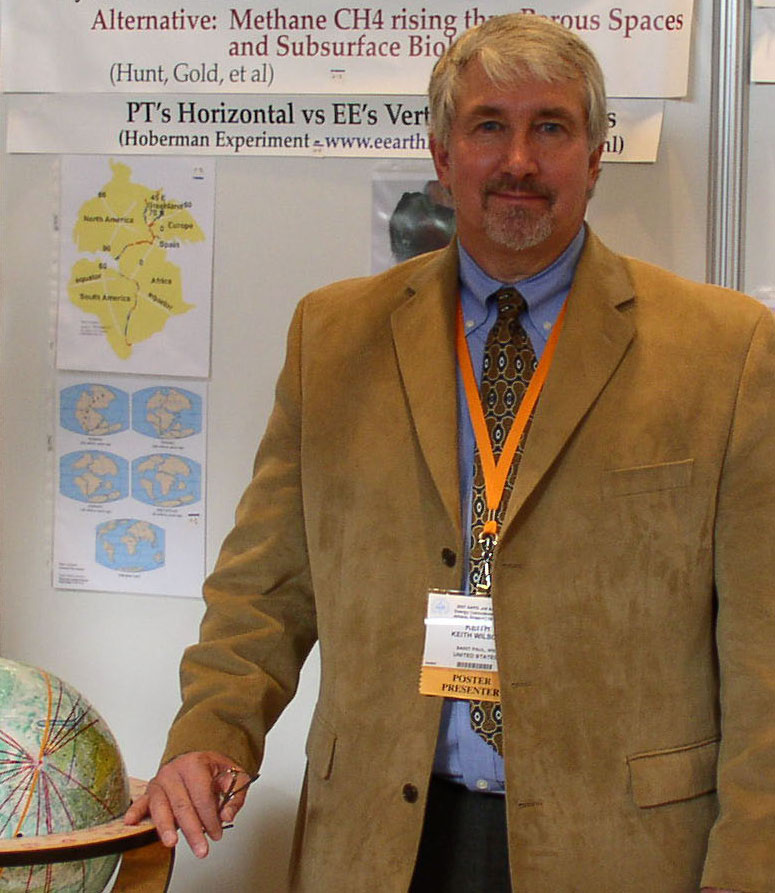 After discovering enough evidence to disbelieve in Plate Tectonics, I found the work of Samuel Warren Carey, and all of the gears meshed into place. In following his work, I tried ways to plot information onto a globe and also create small earth reconstructions, i.e. getting the information ingrained under the finger tips. In doing so I discovered other things. First, it was clear there were few "drafting" tools available to work on a spherical globe including those at higher levels of learning. Thus,  I developed a multi-functional globe stand with a number of unique features, like full Great Circle plotting, antipode positions, and rotating bezel rings to take measurements.

Then I later discovered that by drawing  Great Circles (GC) down many of the earth's continental coasts, mountains and island chains, that the GC's align in 4 primary points, which surprisingly form their own GC.  These 4 points indicate the Earth's surface (and likely its underlying shells) is being altered through a continual linkage between Earth's Magnetic Pole energies and the Sun's forces especially during Solstice. Very odd and unexpected, but also very visible. Thus, the earth is not only expanding, but the continents are being reshaped. This leads to evidence of what those  previously unexplained "altering" forces might be. This geologic finding was "patented" in the USA, to maintain priority, to thus get around the likelihood of not  being published by Standard Science.  The "causative forces" links to Physics and is that is why I got involved with the NPA. A website has been developed  - Expanding Earth Knowledge - http://www.eearthk.com/  that provides an overview of the history of EE theory and Plate Tectonics, and links to the most important books and websites, along with details of the Great Circle findings.