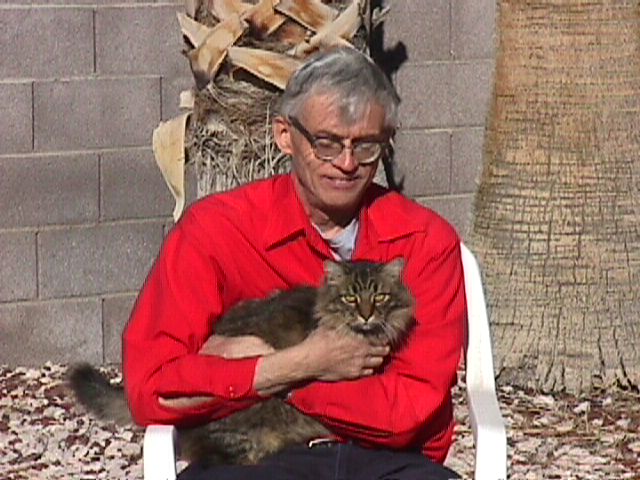 My father taught my high school 10th grade biology course. The first day of class, I clearly remember him telling us to study nature, not books. So for the first three weeks of class, he didn't bother to pass out textbooks. Instead he loaded my class into a school bus and we went out into the surrounding Wisconsin north woods. Tramping through the forest, clearings, swamps, creeks, etc, we identified and collected plants and animals. We students also collected and brought in specimens when home.

No other teacher or engineering college professor gave me that short little lesson. Yet so profoundly important was the truth of his lesson I have given my own father the credit for being the finest teacher I ever had. Accurate interpretations of natural phenomena can ultimately only be derived by seeing for yourself what is actually happening.

The first airplane was flown by the Wright brothers on December 17, 1903. Yet the experts claimed in their books that flying machines are impossible. Did you know that it took the experts five years to stop reading their books and look up in the sky? Oh! Look at the all airplanes flying around! Do you suppose we need to rewrite our books?

There is the famous story about Galileo aiming his first telescope on the moon and seeing mountains. Yet an expert on the moon disbelieved him and refused to look through Galileo's telescope to see for himself mountains on the moon.

And then there is my own experience with trying to invent something radical and new and different.

From the early 1960's until about 1990 when I put in the last piece of the puzzle, I had a hobby designing an advanced educational system.

During the winter of 1992, with the backing of the Clark County School District here in Las Vegas, Nevada, I submitted to the New American Schools Development Corporation (NASDC) a proposal for developing a prototype fiber-optic school network to be installed in six junior and senior high schools with a budget of $11,897,400.

We did not win a grant. There were 685 other competitors for 11 awards. Afterward we received short descriptions of the winning proposals. None of them appeared to be anywhere as advanced as my design. Sometime afterward, the Las Vegas Review-Journal newspaper had an article that raised the suspicion that one reason for our not winning was that Nevada was not important to President Bush's re-election!

I happen to be the inventor of a major advance which some inventor friends in Salt Lake City have included in the first-ever patent application in torsion field communications. The theoretical maximum capacity of torsion field communications is apparently 40 billion channels of three-dimensional holographic television at one billion times the speed of light through the entire earth without attenuation.

My feeling about the inventing business is that due to the nature of tackling the unknown, there can be no hard and fast rules. Even being honest and truthful with yourself and other people is sometimes ultimately counter-productive. About all we can do is hope for the best, keep our sense of humor, and at least enjoy the ride!