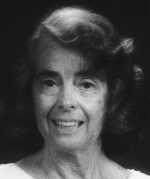 I am a physicist with interests in the following subjects: thermodynamics and the nature of entropy; consciousness and free will and their relationship to presently known physical laws; parapsychology and the relationship of psi phenomena to presently known physical laws. More specifically, my interests and themes in my publications are as follows. In physics the second law of thermodynamics (that entropy must always increase, subject to constraints on the system) is often considered an absolute, in which the distribution of variables that describe the entropy, such as momentum, must randomize in a few molecular collision times, regardless of whether any randomizing agent can be described at the molecular level. I have shown that entropy increase can be accounted for in gases and liquids by the randomizing effect of vacuum radiation on the momentum distribution of the molecules, over a broad range of temperatures and pressures. This result makes it plausible that entropy increase generally arises from the randomizing effect of vacuum radiation. If entropy increase depends on a physical mechanism, it also makes it plausible that some quantum mechanical systems, such as those at low temperature or with special conditions, may not be susceptible to this effect. This conclusion would explain the finding of some researchers that some quantum systems of the above types do not follow the second law. (Papers of 1998, 2002d, 2007.)

I am interested in the study of consciousness and have made several reviews of models which relate consciousness to physical laws (1990, 1991b, 1996, 1999). In particular, I have examined the possibility of free will, viewed as a physical effect produced by non-physical means, and have shown that in all the models which propose that it occurs, a radical extension would have to be made to presently known physical laws to account for its action (1999). I have also proposed that mental action, in addition to producing free will at the conscious level, can act at the unconscious level to select between brain programs to provide details of our physical actions. I have also reviewed other models of consciousness which make similar proposals (1986, 1991a, 1991b, in press).

I have also reviewed psi phenomena with respect to their relationship to presently known physical laws, and have shown that a radical extension of these laws would have to be made to explain these phenomena (1993a, 2003).

I have proposed a model by which mental action can be produced by the ordering of quantum fluctuations. (The extension to physical laws would be, in this model, the possibility of ordering the usually random quantum fluctuations.) The root mean square effect of quantum fluctuations on the momentum of a molecule is very small over a mean free path. However, this effect is greatly magnified when molecules interact at the end of a mean free path. I have shown that through this effect the direction of travel of a water molecule in the intercellular medium in the brain can be changed to any desired direction in one mean free path. The impact of 400 ordered molecules at thermal velocity is sufficient to open an ion gate in a sodium channel. More than one ion gate must be opened to produce an action potential, and several action potentials might be needed to initiate a physical action. (Presumably the brain produces programs for the action, and only the action potentials to initiate the programs are necessary to carry it out.) I estimate that about 4,000 molecules must be ordered to initiate a physical action, not very many (2002a, 2006).

With respect to psychokinesis (PK) I have shown that 10,000 ordered molecules would be sufficient to produce a detectible response in a small (area of 10 mm2), sensitive microphone. This number is somewhat higher than the number of ordered molecules needed to initiate a free will action, but not greatly so. Therefore, it can be expected that some good psi producers would be able to produce such an effect, and this prediction can be used for an experimental test of the PK part of my model (2002a, 2006).

I have also shown that previous experimental results in the PK deviation of a tumbling cube can be accounted for by the impact of 2x105 ordered molecules on the cube at the beginning of its trajectory (2002b, 2002c).