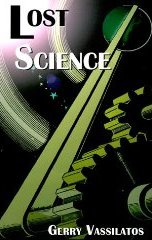 Websites: www.borderlands.com/vassilatos.htm
Gerry Vassilatos writes about the remarkable lives, astounding discoveries and incredible inventions of such famous people as Nikola Tesla, Dr. Royal Rife, T. T. Brown, and T. Henry Moray. Read about the aura research of Baron Karl von Reichenbach, the wireless of Antonio Meucci, the controlled fusion devices of Philo Farnsworth, the earth battery of Nathan Stubblefield and more. What were the twisted intrigues that surrounded the often deliberate attempts to stop this technology? Vassilatos claims that we are living hundreds of years behind our intended level of technology and that we must recapture this "lost science." Rediscover the legendary names of our suppressed scientific revolution and read about the remarkable lives, astounding discoveries and incredible inventions that would have produced a world of wonder. How did the aura research of Baron Karl von Reichenbach prove the vitalistic theory and frighten the greatest minds in Germany? How did the physiophone and wireless of Antonio Meucci predate both Bell and Marconi by decades? How does the earth battery technology of Nathan Stubblefield portend an unsuspected energy revolution? How did the geoaetheric engines of Nikola Tesla threaten the establishment of a fuel-dependent America? The microscopes and virus-destroying ray machines of Dr. Royal Rife provided the solution for every world-threatening disease. Why did the FDA and AMA together condemn this great man to a federal prison? The static crashes on telephone lines enabled Dr. Henry T. Moray to discover the reality of radiant space energy. Was the mysterious "Swedish stone," the powerful mineral Dr. Moray discovered, the very first historical instance in which stellar power was recognized and secured on earth? Why did the Air Force initially fund the gravitational warp research and warp-cloaking devices of T. Townsend Brown and then reject them? When the controlled fusion devices of Philo Farnsworth achieved the "break-even" point in 1967, why was the FUSOR project abruptly canceled by ITT? What were the twisted intrigues that surrounded these deliberate convolutions of history? Each chapter is a biographic treasure.

THE death knell has struck. Wave Radio is dead. How have 70 years of Military Research succeeded in producing a completely new and superior communications technology?

Radio History gives a stranger walk than paranoid writers ever tell! While citizens were watching television, military research was directed to create an amazing radiation technology far in advance of any system known. Currently and routinely utilized, it has remained a well guarded "open secret" for decades.

Facts quell hysteria, but Truth is stranger than fiction. Want the answers? This complete technical history of military projects will show the development of every relevant project preceding and exceeding HAARP. Only the facts. No hysteria. Complete with communications and weapons patent citations, this book will forever change your view of world events and technology.

In Secrets of Cold War Technology, Gerry Vassilatos reveals that "Death Ray" technology has been secretly researched and developed since the turn of the century. Included are chapters on H. C. Vion, the developer of auroral energy receivers; Dr. Selim Lemstrom's pre-Tesla experiments; the early beam weapons of Grindell-Mathews; John Hettenger and his early beam power systems; Ulivi Turpain and others.

Learn about Project Argus, Project Teak and Project Orange; EMP experiments back in the '60s; why the Air Force directed the construction of a huge ionospheric "backscatter" telemetry system across the Pacific just after World War II; why Raytheon has collected every patent relevant to HAARP over the past few years; and much more pertinent information on hidden Cold War technology. 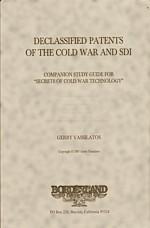 
The companion reference volume to Secrets of Cold War Technology, this book contains ALL of the relevant patents cited in the previous work, and more. Contains information on previously unrecognized weaponry and communications systems which are presently in place. Highly isolated orbital stations which can target any location with ease now patrol the skies...from above. Why would a government which owns and governs deep orbital space, waste time on the building of an easily targets monstrosity such as HAARP if it were indeed a weapon? Find out about beam weapons, gamma ray collimators, the Mossbauer Effect, x-ray and gamma-ray communications