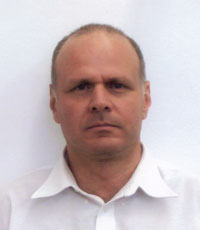 Dan Brasoveanu joined Computer Sciences Corporation (CSC) in 1988. He worked in the CSC civil group providing software, scientific research and launch support for NASA Goddard Center until 2000. In 2000, he transferred to the CSC defense group.

Dan Brasoveanu is the author or co-author of more than 50 scientific papers published in peer-reviewed scientific journals and conference proceedings. He is a member of ASME and a senior member of AIAA. Dan Brasoveanu has published numerous papers on Fuel and Air Mixing and has discovered a new method of data compression based on time, see USA patent 5,335,017. Dan Brasoveanu presented the Theory of Internal Energy (TIE) at the May 2007 NPA meeting, which proves the validity of Bohmian mechanics by revealing the source of Bohm's Quantum Potential and a fundamental flaw in Quantum Mechanics (QM). TIE also proves that despite Einstein's contrary assumption, quantum and relativistic phenomena are closely correlated. For this reason, Einstein's Special Theory of Relativity is applicable only with respect to some inertial frames of reference, while Lorentz' Theory of Relativity is essentially correct and applicable to any inertial frame of reference.

Working together, Sandu Constatin and Dan Brasoveanu have designed advanced cooling systems with liquid for gas turbines, which were presented at the ASME/IGTI Turbo Expo: Power for Land, Sea and Air, Atlanta Georgia June 16-19 2003. See also USA patent 6,672,075. They have also designed a new type of aircraft based on bionic principles, the Sonic Double Flutter Aircraft (SDFA), presented at the 40th AIAA/ASME/SAE/ASEE Joint Propulsion Conference and Exhibit July 11-14 2004, Fort Lauderdale, Florida. Going far beyond Einstein's General Theory of Relativity, Sandu Constantin and Dan Brasoveanu have established a new scientific paradigm that provides the physical connection between quantum phenomena, inertia and gravity and the link between electromagnetism and gravity, which is required to formulate the universal theory of fields. These discoveries are presented in landmarks papers included in the proceedings of the 43 AIAA-ASME-SAE-ASEE Joint Propulsion Conference, July 8-11 2007 and the AIAA Space Conference, September 18-20 2007.

Unlike the haphazard collection of incompatible theories called modern physics in the XX and early XXI century, the new paradigm discussed above, TIE and Classical Physics merge organically creating a solid basis for a General Theory of Physics. Sandu's and Brasoveanu's papers on gravity also include detailed blue-prints for terrestrial generators of artificial gravity, which are going to have wide-spread applications in manufacturing, health-care and power generation industries, and for Sonic-Electromagnetic-Gravitational-Spacecraft (SEGS). SEGS provide the only practical method for interstellar flight. In the far future, advanced SEGS might even allow intergalactic flights.