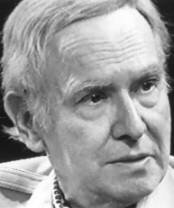 Charles A. Muses, a figure who wrote articles and books under various pseudonyms (including Mus?s, Musaios, Kyril Demys, Arthur Fontaine, Kenneth Demarest and Carl von Balmadis), was the founder of the Lion Path, a shamanistic movement. He held unusual and controversial views relating to mathematics, physics, philosophy, and many other fields.

Muses was born in Jersey City, New Jersey, and grew up in Long Island, New York. His father abandoned the family when Muses was a young boy forcing his mother to support Muses and a large, extended family on a school teacher's salary. Years later he would remark in lectures that if his mother hadn't had an overarching faith in "young Charlie" he might never have been able to escape the confines of his impoverished youth.

Muses' earned an M.A. in philosophy from Columbia University in 1947, followed by a Ph.D. in 1951.  Muses had no success in attaining a tenured position as a faculty member at an institution of higher education. Forced to give lectures in order to earn a living, he wrote books and began traveling the world. He continued these pursuits for the remainder of his life.

Muses eventually proposed an astrological method called 'chronotopology,' which he claimed could measure the qualitative multidimensional structure of time. He published a book on this subject titled "Chronotopology: Destiny and Control in Human Systems." It is currently out of print.

Muses also envisioned a mathematical number concept, Musean hypernumbers, that includes hypercomplex number algebras such as complex numbers and split-complex numbers as primitive types. He assigned them levels based on certain arithmetical properties they may possess. While many open questions remain, in particular about defining relations of these levels, Muses pictured a wide range of applicability for this concept. Some of these are based on properties of magic squares, and even related to religious belief. He believed that these hypernumbers were central to issues of consciousness. - Wikipedia

Muses, aka Musaios, edited the Journal for the Study of Consciousness from about 1968 to 1973 and co-edited the journal Kybernetes from about 1970 to 1981.  In these he published many of his own papers (see Some Publications by Dr. C. A. Muses).