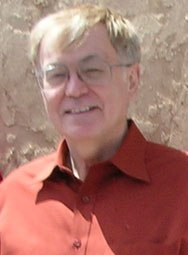 Peter has spent much of his life in the contemplation of issues involving infinity. He graduated in 1961 from Stanford University. In 1975, he wrote Introduction to the Tripartie System: A Monetrary Program for Americans. In 1997, his critical work, The Stance of Atlas was published. In 2003, Passport to Poverty: the '90s Stock Market and What It Can Still Do To You appeared. In 2006, he published Absolute Space, Absolute Time, Absolute Motion, perhaps, the most complete exposition of infinitesimals ever written. It also introduced the veritable number system, which solves the mystery of the square root of negative one. This year (2010), The Nature Of Negative Numbers will present an exposition of veritable numbers.