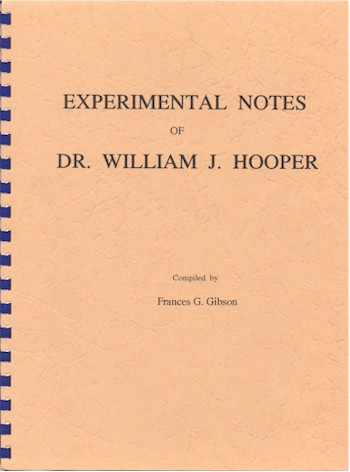 Websites: www.tfcbooks.com/mall/more/565-hen.htm
Published in 1991, these are transcripts of original notes from the laboratory of W.J. Hooper, for specific days between Feb. 4, 1969 and Aug. 10, 1970. You will need New Horizons or The All-Electric Motional Field Generator. An aid for the fuller understanding Hooper's work.

These experimental notes of Dr. William J. Hooper are being published at this time because all patents on the device used in these experiments have run out, and because I still believe in the validity of Dr. Hooper's theory and work. I believe that when the time comes that his theory is proved and made useful, it will be the start of a new era for mankind.

These notes will be of no value unless the reader has a copy of either Dr. Hooper's original work, New Horizons in Electric, Magnetic and Gravitational Field Theory, or my summary of his work, The All-Electric Motional Electric Field Generator and Its Potential. 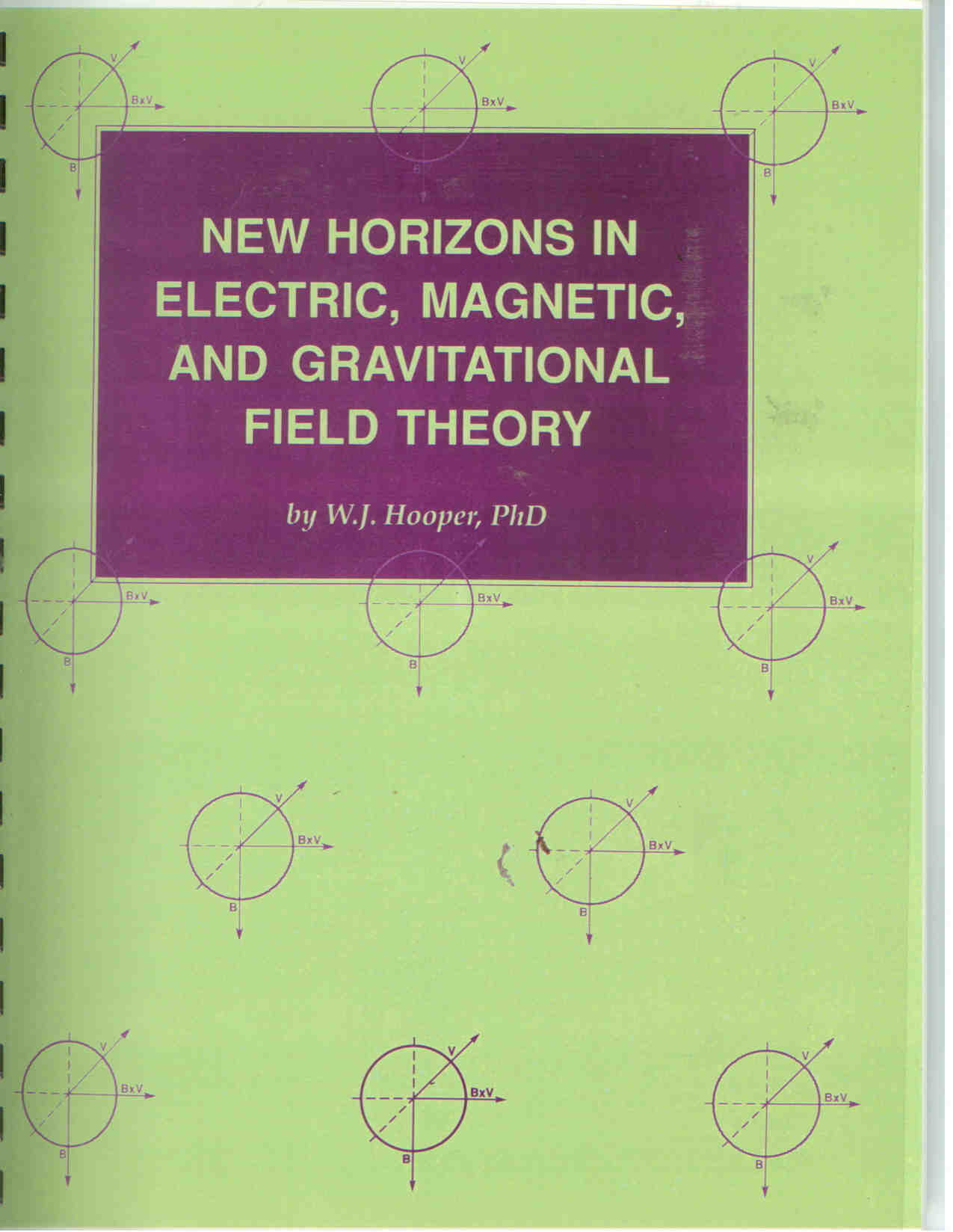 "Nearly everyone believes that gravity is a force emanating from matter, but just how, just why, nobody seems to know! ...  This treatise presents newly discovered unique and startling properties of one of our induced electric fields ... [with] ... unique properties possessed only by gravity...

"Guided by theory the inventor has built a generator of the B x v field which projects its field into the surrounding space.  The writer calls this artificially generated field Electrodynamic Gravity because it simulates gravity...

"...magnetic flux loops discovered by Oersted were actually in motion along the linear conductor in the direction of the electron current giving rise to it, and moved with the electron drift velocity.  Our motional electric field generator demonstrates the correctness of the foregoing prediction..." - From the Preface

A nearly-forgotten treasure by a Professor Emeritus of Physics, New Horizons combines theory with experiment to make a convincing case for the connection between electrodynamics and gravity.