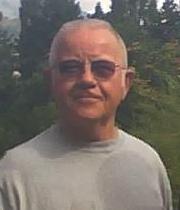 The most important thing I learned back in high school is that vacuums don't "suck." You can use mechanical devices to push air out of a given volume of space, which results in a decrease in pressure there. If there is another pathway to the evacuated region then outside air pressure can push more air into it. The air is not pulled in by the so-called vacuum. That information has remained resident in my memory ever since, and no doubt has had an influence on my particular version of push gravity. (It gets invented anew about every 20 years. In 1972 it was my turn.)

Four years later I was studying electrical engineering at Purdue University, courtesy of the U.S. Navy. While there we had a number of classes in physics. In one of them, (sophomore level, I think) one lecture was an introduction to magnetism; north pole, south pole, attract, repel, torque, kind of stuff. When the lecture was over I had missed something. After getting permission to speak, I apologized for doping off or not paying attention the asked the Prof, "Would you please go back over that part about "why" magnets do what they do?' His answer, was "Huh! If I knew that, I wouldn't be here!" - - - - I was devastated!

I didn't sound out any other professors on the topic, but based on the tone of my Prof's answer, I figured out how the inquiry would turn out.

I resolved, then and there to "cook up" a theory of how electricity works that would at least fool me on the topic of how magnets work. I finally got there (or at least to an intermediate level) and even though my model is not what I want it to be, I think it is on the right track. My Emission-Absorption-Scattering (EAS) Sub-quantum Physics http://www.shadetreephysics.com/eas.htm contains the backbone of the theory. (The magnet business is not written up yet.)

In 1972, Dr. Robert Forward, of Oxnard California, (To me he was the "gravity doctor.") kindly heard me out on my version of what's going on with electricity (including it's push gravity aspect. In my presentation I included the issue of the electrical currents "pinch effect" which goes back to how magnets work. Forward said, "I'm glad you covered the pinch effect because any theory of electricity that doesn't address that issue is not worth the time of day.

In those days, my emission particles (one for each kind of charge) were just called "stuff" and brand X stuff. They were emitted and absorbed but "scattering" had not been added to the mix yet.

Forward said that my model was a lot like that of Walter Ritz, who is known as the big daddy of what we call "emission theory". (Charges emit force carrying particles which, as a result of their colliding with other charged bodies produce the observable electrical effects.)

There were things in Physics that I didn't know how to say. I figured that if I got this Ritz guy's work, I could take a short cut to where I wanted to be. Little problem, Ritz's work was in French! I had two different people translate Ritz independently and I put in the English smoothing (striving to not put words into Ritz's mouth). The translation is online now at http://www.shadetreephysics.com/crit/1908a.htm

It turns out that Ritz was Einstein's (or at least what is popularly considered to be Einstein's theory)biggest competitor regarding relativity theory, but Ritz died young and didn't get to work all the kinks out of his model. It should be obvious that I'm a Ritz fan, and that my "flailings" on electrodynamics are spring boarded from Ritz.

1980-1981 - Participated in 1980 excavations at Halutza (Elusa) in the northern Negev of Israel and illustrated a monograph on Cathedrals of the Negev.